World leaders are warning that current vaccines could be useless if lower-income countries are not able to inoculate a majority of their population and stall progress in the fight against COVID-19. 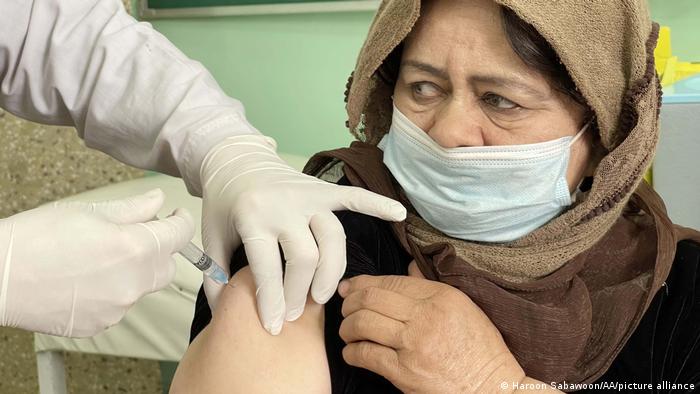 Global leaders warned at a World Bank–IMF meeting that the lack of access to vaccines in the developing world and low-income nations would not just exacerbate global financial and health inequalities but would hinder progress already made in fighting the COVID-19 pandemic.

Months before the vaccines were made available to the general public, wealthier nations were able to secure millions of doses of the COVID-19 vaccine — this has not been the case for the rest of the world. The United States in mid-August was able to secure and preorder around 800 million doses of vaccines prior to development and the United Kingdom was able to purchase around 340 million doses.

As of April, over 700 million doses have been distributed, but with most of those coming from North America and Europe.

"Since the pandemic started, the solidarity and national unity have been not as good as one would desire," Tedros Adhanom Ghebreyesus, WHO director-general said at the World Bank Group Spring meeting. "Sharing and supporting each other is not charity."

The lopsided distribution has been a cause for concern for global leaders as they try to expand distribution while aspiring to meet high demand, overcome logistical challenges and build trust with local communities. Some countries might have to wait months and even years before their entire population will be inoculated.

There are concerns that the wealthier nations have monopolized vaccines, leaving lower income nations scrambling. There is collective fear that without adequate vaccine distribution, the variants will grow and mutate, curbing the progress that has been made since the vaccine has been made available.

"The virus will get a space to continue to spread and mutate, then you'll have more variants," said Tedros. "Even those countries which have high average of vaccines will not be secure."

The worry is that the vaccines will be rendered useless against the new variants and stall global efforts. 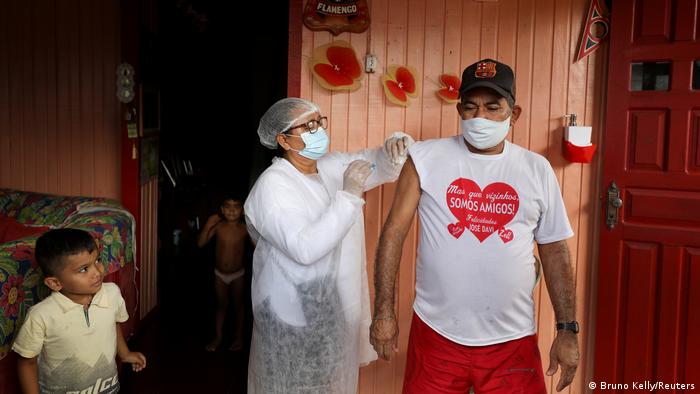 A health worker administers a vaccine to a man inside his house in Anama, Brazil

There has been criticism that countries have actively engaged in so-called vaccine nationalism. In the United States, President Joe Biden has reversed some of the Trump administration's decisions regarding global health, like rejoining the World Health Organization and supporting COVAX. Still, much of the procurement for the vaccine has been for national use only, making the gap between the have and have-nots even greater.

"We need international solidarity, Axel van Trostsenburg, managing director of operations at the World Bank, said. "We need to reserve a certain amount of installed capacity for low-income countries. There is a huge risk they will be left out and only get the bulk of the vaccines next year."

The worry is that wealthy nations are not making a serious effort to combat the issue of vaccine inequity. Much of the developed world has publicly agreed that it is necessary to support the global effort, but critics are concerned that their words are not matching their efforts.

One of the hurdles that has been apparent is that there has been a lack of preparedness to address the issue of vaccine distribution in an equitable fashion.

"We are stuck where we have been for 30 years, reliving the equitable response to previous emergencies," Gro Brudtland, former prime minister of Norway said. "Lower income countries have vaccinated less than 1% of their population, and many of the poorest countries have yet to receive a single dose."

Brudtland warned that the international systems in place are not adequately put together in addressing a global issue of this scale. The international community's fiscal response has continued to be at the heart of the problem.

"Investments have represented a fraction of what is required, funding in millions, what should have been billions." Brudtland said.

The warning is that the global community is paying the price for its lack of investment and the world is attempting to urgently respond to challenges that needed to be addressed generations ago.

"We need systematic health system strengthening. This is hard work, the cameras won't be there, but I think it is an absolute necessary part we have to do,” van Trostsenburg said.

Cooperate or compete for a vaccine?