Uwe Johnson: 'Anniversaries. From the Life of Gesine Cresspahl'

Four volumes, 366 chapters and 1,891 pages, not to mention a serious case of writer's block and a major existential crisis: Uwe Johnson's ambitious novel is truly the work of a lifetime. 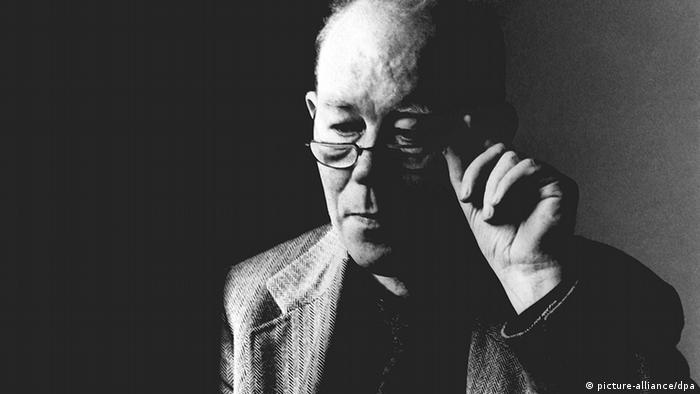 Author Uwe Johnson started with his initial research on Anniversaries. From the Life of Gesine Cresspahl while he was living in New York, combing through newspapers and writing the first drafts as early as 1967. He had received a scholarship from the Rockefeller Foundation, with which he supported himself while also working as a textbook editor for the New York-based Harcourt, Brace & World publishing house.

It took him more than 15 years to complete his famous series of novels. Johnson never quite got used to living in the United States, but somehow he managed to anchor himself by journaling all the minute details of his life as a stranger in a strange land.

From the Life of Gesine Cresspahl

The novel takes place over four volumes. The name of its heroine is Gesine Cresspahl — a woman whose life Johnson chronicles for an entire year, recording and narrating each day as part of an ongoing dialogue:

"Who's telling this story, Gesine? — We both are. You know that, Johnson."

The author and his fictive character converse with emotion, fighting and arguing about who is the narrator, even holding the narration itself hostage at times.

Like Uwe Johnson, his character Gesine Cresspahl also resides in New York. The novel states that she moved there in 1961. The two have something else in common: Like Johnson, Cresspahl also spent a good amount of time living in the former German Democratic Republic (GDR), therefore knowing what life is like under communism.

Cresspahl refers to Johnson as "comrade" since both of them hail from the northern Mecklenburg province. Johnson grew up in the small town of Güstrow while Cresspahl's childhood took place in the fictive East German village of Jericho, located near the Baltic Sea. But they both also know the fascist face of Germany under Nazi rule: Gesine was born in 1933 — the year the Nazis took over Germany. Uwe Johnson was born just a year later. Aged 10, Johnson's parents sent him off to an elite boarding school run by Hitler's SS in occupied Poland.

A dialogue between the present and the past

Gesine can't take the communist repression in East Germany. She escapes to the West in 1953 — the same thing happened to Johnson in real life, although he only made it across the Iron Curtain in 1959. 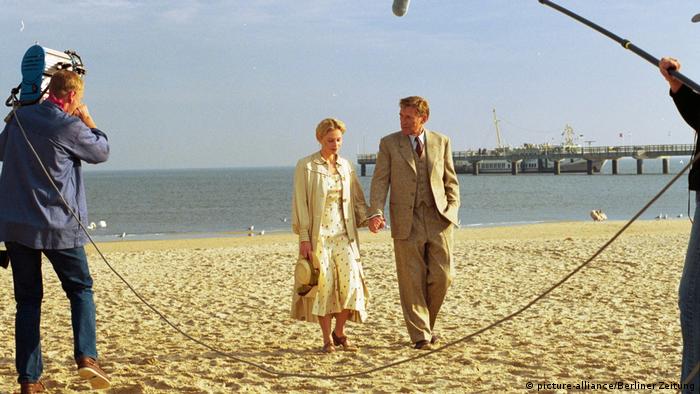 Johnson was a member of the Communist "Free German Youth" (FDJ) movement in the GDR, while fighting in his student years for greater freedom there. Despite graduating at the top of his class, Johnson suffered with finding gainful employment, taking on occasional gigs as a translator and copy editor. His first attempts at getting published as an author were also turned down. In 1959, he decided to move to West Berlin and try his luck there. And much like his fictive character Gesine Cresspahl, Uwe Johnson also had a hard time getting used to living in the West.

In a bid to establish new roots elsewhere, both Johnson and Cresspahl move further west — to New York. Their conversation in New York takes place over the duration of a year, from August 20, 1967 to August 20, 1968 — hence the word "anniversaries" in the title of the four books. 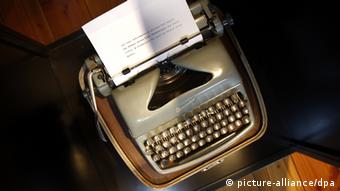 Johnson's narration is embellished with reports from the New York Times, which Gesine reads daily with a passion; this routine provides a compass for her otherwise directionless soul:

"When she travels to Europe, she asks her neighbor to keep his issues, and when she returns she spends whole weekends catching up on the foot-high piles of the New York Times she has missed. On her lunch break she clears off her desk and reads in the pages behind the front page, her elbows planted on the edge of the desk, European style."

A history book of and for Germans

But the novel also meticulously examines Gesine's existence before the move to New York. Johnson used a particular literary device to keep diving back into the many minutiae of Gesine's former life: Her 10-year-old daughter Marie keeps bombarding her mother with demanding questions about the past.

Thus the arch of Johnson's narrative spans across a much longer period than just 365 days: from Hitler's seizure of power in 1933 to life in the communist GDR during the 1950s to the beginnings of the Vietnam War in 1964, the novel is built around a series of events which shook the entire world.

The fourth and final volume of the book culminates in the hopeful beginnings of the Prague Spring reform movement of 1968, aimed at liberalizing Czechoslovakia, and its brutal crushing by tanks by the forces of the Warsaw Pact. The last date chronicled in the book is August 20, 1968 — the day of the Soviet-led invasion of Czechoslovakia, which quashes Gesine's dream of achieving her ideal of living under "socialism with a human face." 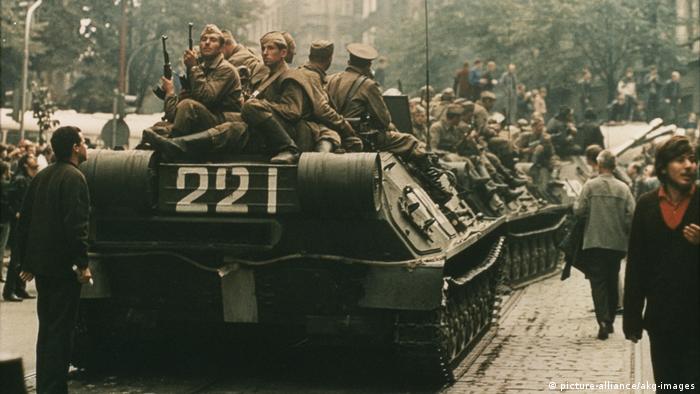 The novel culminates in the events of the Prague Spring

Johnson's novel thus weaves its way through several decades of Germany's contemporary history, juxtaposing familiar themes against the notion of feeling like a stranger in the United States.

But in this dialogue with Gesine Crespahl, Johnson also manages to address social issues outside of Germany and Europe, such as casual racism against African-Americans:

"The dark-skinned help who live here fill their own church, but Negroes are not supposed to buy houses or rent appartments or lie on the white coarse sand. Jews, too, are not welcome here. She is not sure whether Jews were still allowed to rent houses in the fishing village near Jericho, before 1933; she cannot remember any signs prohibiting it from the year that followed."

Johnson's four-part magnum opus was first published one volume at a time, with the final book only making it to the bookshelves in 1983. At that point, Johnson was suffering an existential crisis of note with his wife having left him for a former lover a few years earlier amid his ongoing battle with alcoholism and a serious case of writer's block.

Some critics had initially dismissed Anniversaries. From the Life of Gesine Cresspahl as unreadable, but by the time the final volume was published, Johnson's "comeback" was widely celebrated: The Frankfurter Allgemeine Zeitung (FAZ) wrote on November 12, 1983 that "what is taking place here is that a writer lays open everything he knows and can do."

Less than a year later, Uwe Johnson died unexpectedly, aged 49. Director Margarethe von Trotta, who adapted Anniversaries as a TV miniseries in 1999, said that under these circumstances she couldn't help having the impression that Johnson "wrote himself to death."

Uwe Johnson was born in Pomerania in July 1934. After World War II, he started studying German literature in the GDR in 1952 but was expelled from his university the next year for promoting freedom of expression. In 1959, he moved to West Berlin, joining literary circles there and establishing himself as a contemporary writer with his first works such as Speculations About Jakob and The Third Book About Achim. From 1966 to 1968, Johnson lived in New York, where he started writing Anniversaries. From the Life of Gesine Cresspahl. In 1974, he moved to the United Kingdom, where he lived as a recluse on the Isle of Sheppey. He was found dead in his home on March 12, 1984