The long-awaited trial of former police officer Derek Chauvin was delayed for at least a day as the court considers an additional murder charge in the death of George Floyd. 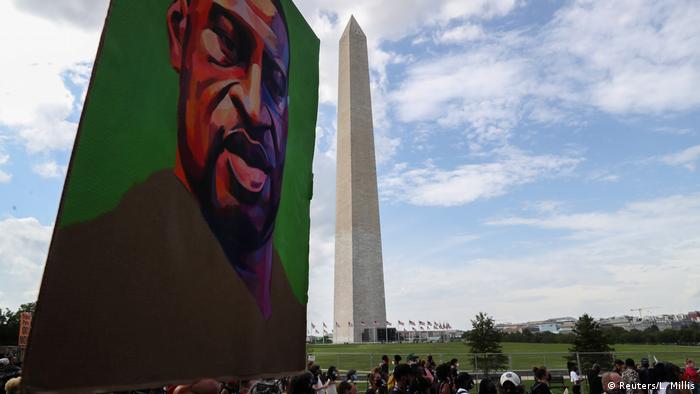 Floyd's death triggered unrest across the US

On Monday, a US court postponed the start of the jury selection process in the trial of Derek Chauvin for the killing of George Floyd. Chauvin, the former Minneapolis police officer, pressed his knee into Floyd's neck for eight minutes and 46 seconds, resulting in the Black man's death.

Chauvin is now charged with second-degree murder and manslaughter. The trial was set to begin on Monday. However, the court put it on hold while considering adding a third-degree murder charge.

The judge initially ruled that jury selection would begin as scheduled on Monday. He also said he did not have jurisdiction to decide whether to reinstate the additional charge. However, prosecutors said they would ask the Court of Appeals to intervene, which could put the case on hold. The judge then sent the potential jurors home for the day.

How did George Floyd die?

The killing prompted outrage across the US and the world. A video of the incident shows Chauvin kneeling on Floyd's neck as another officer, Alexander Kueng, has his knees on Floyd's upper legs while their colleague J. Thomas Lane gripped Floyd's handcuffed arms. The incident took place on a Minneapolis street on May 25 last year.

Floyd repeatedly told the policemen that he couldn't breathe, but the officers did not relent, even as the 46-year-old fell unconscious. Chauvin and the other officers released their grip only when an ambulance arrived — nearly two minutes after Kueng first reported he could not find a pulse, according to prosecutors. Floyd was later pronounced dead at a local hospital.

Questions for the jury

Once the trial is formally launched, the court is expected to set aside a minimum of three weeks to select jurors for the case.

The court mailed prospective jurors an unusually detailed 16-page questionnaire last year asking them what they knew about the circumstances surrounding Floyd's death outside a Minneapolis grocery store.

The judge wanted to ascertain if potential jurors had seen the video of Floyd's death or whether they had taken part in the ensuing protests which erupted into one of the largest movements ever seen in the US, with daily marches in cities across the country, decrying police brutality and racism.

A previous version of this article stated that the trial for the killing of George Floyd had opened on Monday. Instead, the judge delayed the start of the trial after consulting with the prosecutors and the defense. The article has been updated to include this information. DW regrets the error.