US toymaker Hasbro to buy 'Peppa Pig' brand and studio

"Peppa Pig" is set to get a new owner in a $4 billion deal with US giant Hasbro. The cartoon about a family of pigs has found millions of fans worldwide and even sparked Chinese censors' anger for being "subversive." 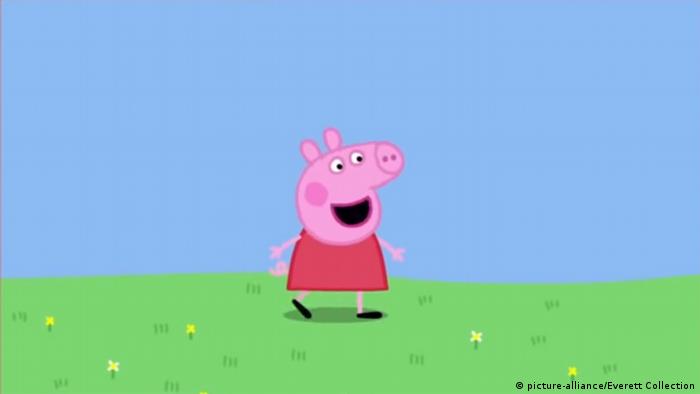 US company Hasbro announced it was buying the owners of "Peppa Pig", Canadian studio Entertainment One, for about $4 billion (€3.6 billion). The purchase also includes the rights to the studio's "PJ Masks" cartoon about child superheroes and an upcoming series based on a red rescue bike called Ricky Zoom.

"The acquisition of highly profitable and merchandisable preschool brands is a strategic growth opportunity for Hasbro," the toy company said.

Hasbro already owns other famous brands, including Monopoly board games, My Little Pony toys, as well as Transformers and GI Joe action figures. Their deal with Entertainment One is set to be completed by the end of the year.

"Peppa Pig" has become a world-wide phenomenon since first airing on UK television in 2004. The cartoon focuses on Peppa and her mild-mannered family who live in a human-like world populated by animals. The plots usually revolve around simple events such as playing games, exploring, and making friends.

The cartoon has been translated into over 40 languages and notably prompted immense interest in China since breaking into the market in 2015.

However, China's state-controlled media slammed the cartoon for its "subversive hue" last year. The pig, according to daily Global Times, became a symbol of gangster subculture or "unruly slackers" whose lifestyles go against the values of the Communist Party.

Some 30,000 "Peppa Pig" videos were removed from the video-sharing platform Douyin in May 2018, and the #PeppaPig hashtag was also banned from the site. By the end of the year, however, Chinese officials endorsed the film version of the cartoon for release on Chinese New Year.

UK ambassador to Beijing, Barbara Woodward, also hosted a pair of Chinese twins in her house after the two wrote a Peppa Pig-inspired letter to the British queen. The 5-year-old girls asked the Queen for permission to visit her garden and play in muddy puddles after watching Peppa do the same. This month, the two children visited the UK on a one-week trip organized by British officials and the Chinese online streaming service that carries the program, Youku Kids Channel.