US telecom giants delay some new 5G after airlines' warning

AT&T announced it would suspend turning on new cell towers near runways at some airports. Verizon said it would launch its new network but that "we have voluntarily decided to limit our 5G network around airports." 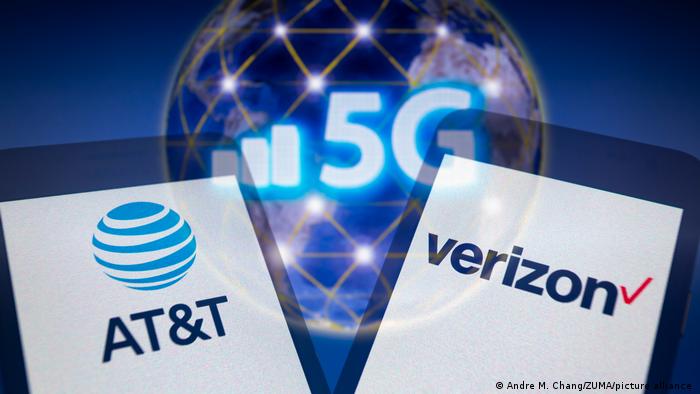 Airlines are concerned 5G could disrupt the ability to measure altitude

Telecommunications firms AT&T and Verizon said Tuesday they would again delay launching new 5G technology near key US airports after the country's largest airlines warned of severe disruption to operations if companies proceeded with rolling out the service.

The decision from the companies came as the Biden administration tried to broker an agreement between the telecoms giants and airlines over the 5G launch.

The firms said they would still launch their 5G programs on Wednesday but would delay turning on fifth-generation cell towers within a 2-mile radius of runways. The two companies did not say for how long.

President Joe Biden said on Tuesday that the decision by AT&T and Verizon "will avoid potentially devastating disruptions to passenger travel, cargo operations, and our economic recovery, while allowing more than 90% of wireless tower deployment to occur as scheduled." Biden added his administration would continue to explore ways of finding a permanent solution.

Is 5G near US airports a security issue?

Some major international airlines, however, had already rushed to tweak schedules or even cancel flights to the US amid safety concerns on the eve of the rollout, despite AT&T and Verizon pausing parts of the deployment.

Emirates said it would suspend flights to nine destinations in the United States as of Wednesday January 19, the planned date for the widespread 5G rollout.

All Nippon Airways and Japan Airlines said they would also cancel some flights.

AT&T — the world's largest telecommunications company and the largest provider of mobile telephone services in the US — and Verizon have already twice delayed the launch of their new C-Band 5G service, due to warnings from airlines and airplane manufacturers concerned that the new system might interfere with their ability to gauge altitude.

US requests delay on 5G rollout amid air traffic concerns

Telecom operators in the US have been asked to delay the rollout of 5G technology for a second time. The aviation industry has expressed concern about possible issues with planes.

Australia seeks to keep vital technology out of wrong hands