US teenager sentenced to prison for supporting 'Islamic State' online

A 17-year-old living in the US state of Virginia has been sentenced to 11 years in prison for supporting the self-proclaimed "Islamic State" group online. The boy is the first minor prosecuted by the US in such a case. 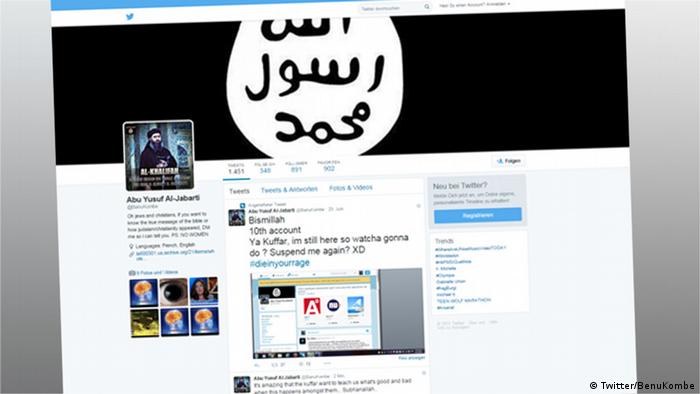 US District Judge Claude Hilton sentenced teenager Ali Amin to 136 months in prison during a hearing in Alexandria, Virginia, the US State Department said in a statement.

Amin told the judge that he did not "expect sympathy."

In June this year, the 17-year-old pleaded guilty to using Twitter and his blog to explain how to use the online currency Bitcoin to send funds for "Islamic State" militants. According to state lawyers, Amin also helped 19-year-old Reza Niknejad, also a resident of Virginia, to travel to Syria to join the IS.

The teenager, who lives in Manassas, Virginia, had some 4,000 followers on Twitter and also communicated with some well-known IS fighters, social media monitoring service SITE said.

"Today's sentencing demonstrates that those who use social media as a tool to provide support and resources to ISIL will be identified and prosecuted with no less vigilance than those who take up arms with ISIL," US Attorney Dana Boente said in a statement, referring to the IS by its other acronym.

US prosecutors have charged several people in recent months with supporting the militant group. On Thursday, state lawyers indicted an Arizona man for helping a New York college student travel to Syria to fight for IS.

The jihadist group aims to establish an Islamic caliphate and has occupied large swathes of Syria and Iraq. Its online recruiters have succeeded in luring hundreds of vulnerable teenagers in western countries and around the world to travel to Syria and fight for its fundamentalist cause.

The two governments collaborated to seize a network of 14 people suspected of recruiting fighters to join the self-styled "Islamic State." The arrests come as Spain escalates the fight against Islamist cells on its soil. (25.08.2015)

Airstrikes are only part of the effort needed to stop the rise of groups like the "Islamic State." A new transatlantic organization is set on curbing extremists' access to one of their most effective tools: social media. (03.07.2015)