The US Senate has passed legislation that would allow families of 9/11 victims to sue the government of Saudi Arabia. It sets Congress on a collision course with the White House and Saudi Arabia. 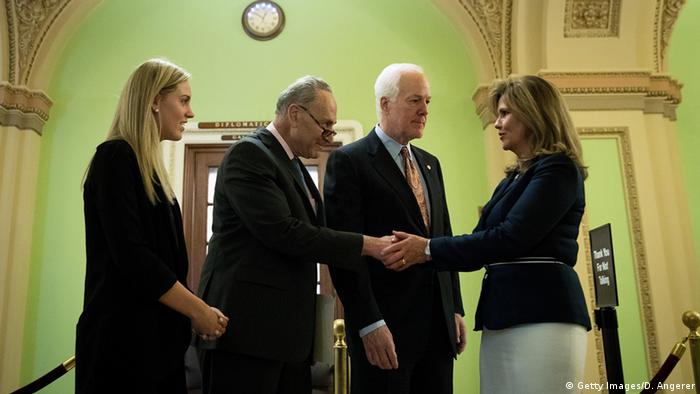 By a unanimous voice vote the US Senate passed legislation Tuesday that would allow victims of the September 11 2001 terrorist attacks to sue Saudi Arabia for damages.

The bill, known as Justice Against Sponsors of Terrorism Act, or JASTA, is vehemently opposed by both the Saudi government and the administration of President Barack Obama. It still has to be voted on by the House of Representatives. 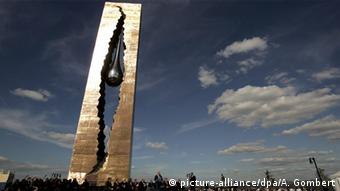 The New Jersey Monument To The Struggle Against World Terrorism

President Barack Obama has vowed to veto the legislation, fearing it would put Americans abroad at legal risk from retaliatory legislation overseas.

Chuck Schumer (in photo above with relatives of 9/11 victims) a liberal democratic senator from New York, and a co-sponsor of the bill, hailed its passage: "Today the Senate has spoken loudly and unanimously that the families of victims of terrorist attacks should be able to hold the perpetrators, even if it's a country, a nation, accountable," Schumer told a news conference.

He also dismissed concerns of a presidential veto, believing the Senate could garner a two-thirds majority to override an executive blockade. "We don't think their arguments stand up," Schumer said of the White House's position.

The White House spokesman Josh Earnest said compromises to the bill did not satisfy President Obama's concerns, which centered on preserving sovereign immunity. "Given the concerns that we've expressed, it's difficult to imagine the president signing this legislation," Earnest told reporters at the White House.

John Cornyn, an archly conservative Republican senator from Texas who co-sponsored the bill, said it doesn't specifically target Saudi Arabia, although he hinted at a still-classified section of the government's report on the 9/11 attack, which some think could implicate the Saudi government "We have yet to see the 28 pages that have not been yet released about the 9/11 report, and that may well be instructive," Cornyn said at the news conference.

Other lawmakers who have seen the 28 pages said releasing them would quiet such rumors.

Osama bin Laden and many of the 20 others who carried out the attacks were Saudi citizens. But the Saudi government has always denied any connections to them and their attacks, which killed nearly 3,000 people.

Republican Senator John McCain of Arizona, and the chairman of the Armed Services Committee, have also warned that the legislation would alienate Saudi Arabia, which is regarded as one of the US' most important allies in the Middle East.

Barack Obama has gone to the Gulf after weeks of tense back and forth with the Saudi government. The longstanding allies' relations have soured over the Iran nuclear deal and controversial legislation about September 11. (20.04.2016)

US President Barack Obama heads to Riyadh on Tuesday as a row lingers over a US bill that could hold Saudi Arabia responsible for 9/11. The Saudi government has vowed to sell US assets if the proposed law is passed. (19.04.2016)