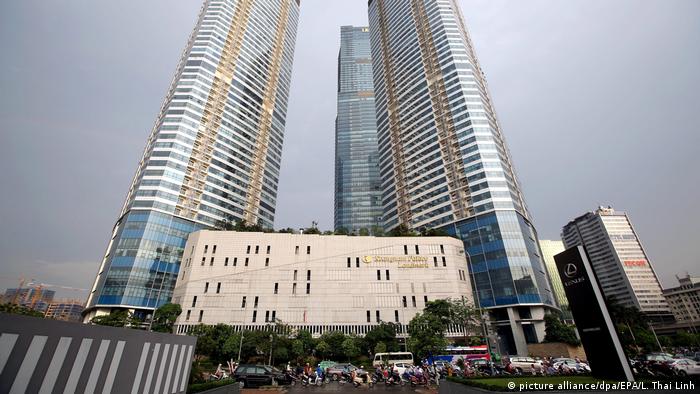 US federal prosecutors in New York confirmed on Friday that they had asked South Korean officials to arrest the brother of former UN Secretary-General Ban Ki-moon. Ban Ki-sang has been accused of being at the center of an international bribery conspiracy.

69-year-old Ban and his son, Joo Hyun Bahn, are facing allegations that they conspired to transfer bribes from South Korea via New York over the $800 million dollar sale of a residential and commercial complex in Hanoi, Vietnam. The building is owned by Ban's Keangnam Enterprises. His son, a real estate broker in Manhattan, allegedly help facilitate the bribe.

According to reports, the pair was attempting to coax an official from an unknown country in the Middle East to buy the property. US national Malcolm Harris is also implicated as a middleman in the payments that took place between March 2013 and May 2015. Prosecutors claim Harris pocketed the bribe, spending the funds on luxury items for himself.

The former leader of the UN, who handed over the reins to former Portuguese Prime Minister Antonio Guterres at the beginning of this year, has said he is "perplexed and embarrassed" by the affair. "I had absolutely no knowledge," of his relatives' business affairs, the diplomat told South Korean television.

Ban, who is believed to be considering running for president in South Korea, released a statement Saturday apologizing for his family members involved in the case. Ban stated that should any discussion between US and South Korean law enforcement agencies be taking place as reported, they should be "strict and transparent" so there is no suspicion in South Korea.

Assistant US Attorney Daniel Noble said they would seek Ban's extradition, but that "as of yet, he has not been apprehended."