'US rate hike will be a non-event for India'

Ashish Chauhan is the head of the Bombay Stock Exchange, the oldest financial marketplace in Asia. In an exclusive interview for DW he shares his views on the pending rate hike in the US and the global economy. 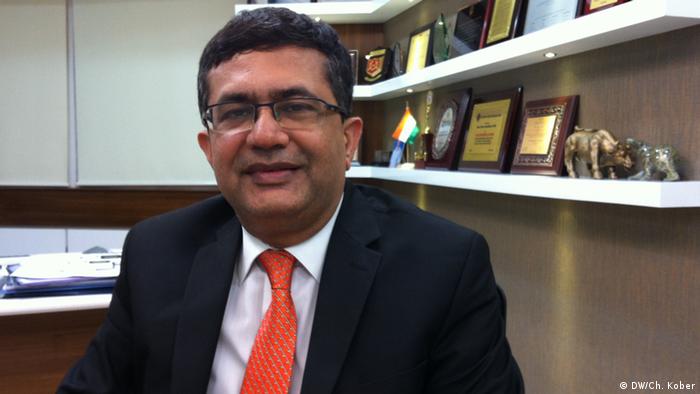 DW: You'll be traveling to the US shortly. Wouldn't you like to meet up with Janet Yellen and tell her to raise interest rates so as to put an end to the grueling uncertainty?

Ashish Chauhan: We can't expect our neighbors to do good to us. And the Federal Reserve has a mandate to handle the US economy. So there is little I can do there. What we can do is become strong enough so that if a storm comes, we are safe in our boat. And slowly most emerging markets have come to realize that.

Janet Yellen has been hinting at an interest rate hike for months now. When do you think will it finally happen?

I don't think the hike will come anytime soon. Because the Fed has in some sense lost the window of opportunity to do it. Instead there will be pressure to let the party go on some more.

How would India be affected once the rate hike comes?

By and large, India won't be affected. There will be some reaction, because we are all connected, but this rate hike has been rehearsed so many times that now, I think, pretty much no one is unprepared. So in a sense it would be anticlimatic, at least if you're looking for big entertainment. Instead, I think, it's going to be a rather sober experience. I consider the actual rate hike, when it actually happens, a non-event.

One year ago, emerging economies including India saw massive capital outflows just at the mention of a US rate hike. What makes you so optimistic now?

I don't see those dramatic events that took place in the past happening again. During the past year, India was able to build a fence to protect it for when a storm comes. We have built up large foreign currency reserves. We would like to take credit for the reduction in oil prices, but that has been a God-sent. However we are managing our internal economy much better. The trade deficit has decreased, the debt-to-GDP ratio is low and fiscal discipline is there. Even if there is an effect regarding a US rate hike, it will be short-term.

The governor of the Reserve Bank of India recently criticized the ultra-loose monetary policy in industrial nations. Now, the European Central Bank is even considering extending its QE program. What's your take on that?

We can't really tell the Europeans what to do. But money at zero cause has its dangers, for instance, it affects people's savings. So we have to take a look at what's happening and try to learn from the outcome. 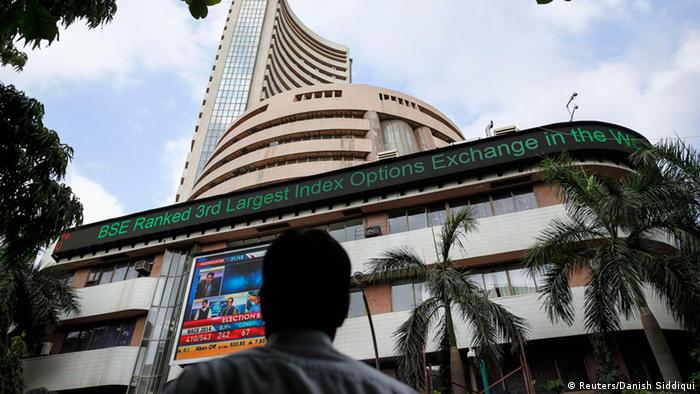 The Bombay Stock Exchange is Asia's first and fastest bourse, listing over 5,000 companies

We care, we must care. We should learn from the outcome. Germany has been one of the sufferers of hyper inflation, so naturally people are very sensitive about that matter. And inflation is not a one-off event. These measures have been handed from one nation to the other, from the US to Europe to Japan - until policy-makers get tired of it. They may never get tired, but we must learn when enough is enough.

When people look at emerging markets, they often look at China and use that to judge other economies. How do you prevent that comparison?

We don't have to prevent that. China's economy - with all the fanfare - grew at an average of about 10 percent in the last 35 years. India - without much brouhaha - grew at about 7 percent over the last 20 years. Whatever happens, we are not going to fail. We have the energy of more than a billion people. We account for 17 percent of the world's population, but more importantly we account for an even larger amount of the young population; most of them educated and technologically oriented. I believe in the next 20 years, 70 percent of jobs will be of a nature we haven't even thought of today. And today India is creating new business activity in the technology sector, second only to Silicon Valley. These are the strengths of this country.

You will need funding for all of these ideas. How will you keep or even boost investors' trust?

India will need funds to build up its infrastructure, the country will require about $2 trillion (1.8 trillion euros) over the next seven to eight years, and these will be linear pay-off industries. What will move India forward even further are nonlinear pay-off activities - where you get back a much larger return on your investment. And these areas require less capital, more brains; more exposure, and a better ability to learn new things and do new things. And the most likely to learn this are young people. There are 10 or 20 technologies coming up that are going to be as transformational as IT has been in recent years, like artificial intelligence, 3D printing, nanotechnology, genetically modified agriculture or inside-body computers. These technologies will generate levels of wealth the likes of which we haven't seen in the last 10,000 years. And we have the people to develop these technologies.

Do you see the US economy back on track?

It seems as if they are back on track, mainly on the back of their shale oil production. That will continue to benefit them going forward. And it has helped to bring oil prices down which in return helped us with our trade deficit in India. So we count our blessings.

In what other ways is the US's economic growth benefiting India?

Their technology engine is very strong. The US attracts the best from India, Germany and the UK and takes advantage of them. Technology is what creates newer wealth. So from my perspective, US growth, especially the technology aspect of it, has changed India dramatically over the past two decades and it will continue to do so. Some phenomenal work is being done in the US, and much of it is being done by Indians.