Trump said that the new force will become the sixth independent branch of the US military. He also signed a directive to try and reduce debris in space "to the common interests of all nations." 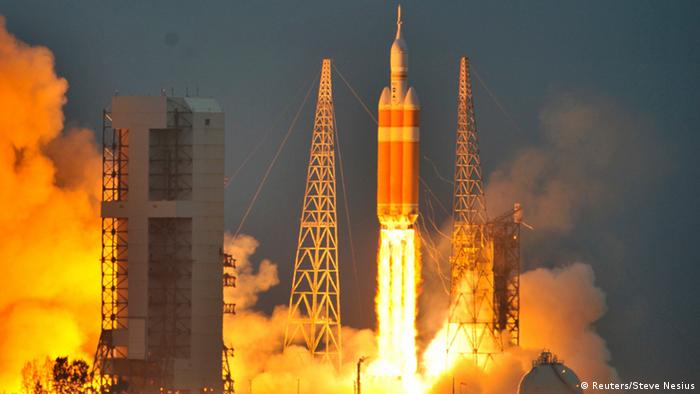 US President Donald Trump announced a sweeping new space policy on Monday that will focus both on reducing satellite clutter in space as well as creating a specific "Space Force" as the newest branch of the military.

"It is not enough to merely have an American presence in space. We must have American dominance in space," said Trump, saying that he wished to revive the US’ flagging space program that has been bogged down by rising costs and a lack of political will.

Trump said he does not want "China and Russia and other countries leading us."

"I'm hereby directing the Department of Defense and Pentagon to immediately begin the process necessary to establish a Space Force as the sixth branch of the armed forces," Trump said.

While Trump did not mention weapons, the planned space force would be a branch of the military, but the US is a signatory to the Outer Space Treaty, which bars the stationing of weapons of mass destruction in space and only allows for the use of the moon and other celestial objects for peaceful purposes.

US eyes astronauts on Mars

Trump spoke alongside Vice President Mike Pence as well as NASA astronaut and moonwalker Buzz Aldrin at a meeting of the recently revived National Space Council.

The US wants to send robotic explorers to the moon as early as next year as a first step to sending humans back there for the first time since 1972. According to NASA spokesman Cheryl Warner, NASA will also partner with private companies to achieve these goals.

The president said the major goal of the new program is to eventually send astronauts to Mars.

He also signed a directive on the management of debris and traffic in space, which "seeks to reduce the growing threat of orbital debris to the common interest of all nations."

NASA experts worry that cold temperatures and a lack of sunlight could damage the rover Opportunity. The space agency has not been able to communicate with the rover for several days. (14.06.2018)

Today Astro-Alex and his colleagues arrive at the ISS. After two days of travel, they need to be patient a little while longer: The docking maneuver will take around two hours. You can follow it live. (08.06.2018)

Opinion: The Trump administration is sucking NASA in a space-shaped bubble

So the Trump administration wants to privatize the International Space Station. Should we be surprised? Not really. But it's feeding into the biggest financial bubble of the century, says Zulfikar Abbany. (13.02.2018)