US-Palestinian jailed for life over selling land to Jews

A Palestinian court has sentenced a US-Palestinian to life in prison with hard labor for attempting to sell his East Jerusalem property to Israelis. The US has demanded his immediate release. 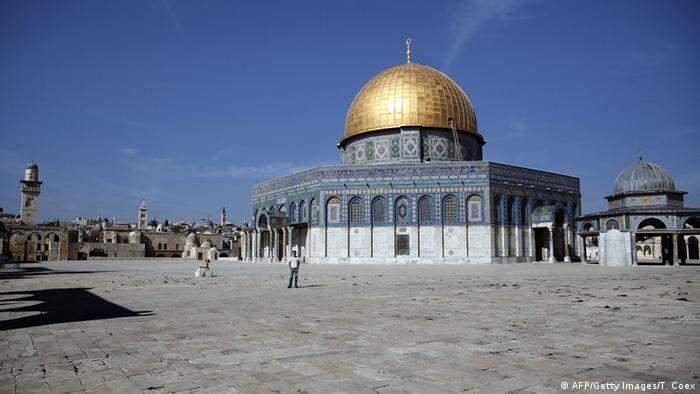 A US national was sentenced to life in prison by a Palestinian court after he violated the ban on selling land to Israelis, a Palestinian judicial source said on Monday.

The man, identified as American-Palestinian Issam Akel, apparently tried to sell his property in Israeli-controlled East Jerusalem. Palestinian officials believe such sales help the Jewish population tighten their grip on the occupied areas.

By selling without obtaining permission from the Palestinian Authority and his business partners, Akel was "attempting to sever parts of Palestinian land and annex it to a foreign state," the judiciary media office said.

"In light of the conviction, the court handed down a life sentence with hard labor."

The defendant has the option of appealing the Ramallah court verdict.

'Antithetical' to US values

Akel was first detained in October in Ramallah, according to an Israeli security official.

In November, US ambassador to Israel David Friedman called Akel's imprisonment "antithetical" to US values and to the values of everyone who "advocate the cause of peaceful coexistence."

"We demand his immediate release," he said.

Following Akel's sentencing, the US embassy said they were aware of the development and that the US government was working to "provide all appropriate consular assistance" to any of their citizens incarcerated abroad.

Israel has refused to withdraw from occupied areas in East Jerusalem and the West Bank after claiming them in the 1967 war. Around 500,000 Jewish people now live in settlements in the disputed areas, with the Israeli government aiding their expansion.