US nukes in Germany: Top court rules against peace activist

The woman claimed US nuclear weapons stationed in Germany could be a terror target and sought to force the government to have them removed. The Constitutional Court ruled her fundamental rights were not compromised. A peace activist from the Eifel region in the southwestern German state of Rhineland-Palatinate on Friday lost her legal battle to force the removal of US nuclear weapons from the Büchel Air Base near her home.

She failed to convince judges at Germany's highest court, the Federal Constitutional Court in Karlsruhe, that her basic rights were jeopardized by the presence of the missiles, which she claimed could be a potential terrorist target.

Read more: Ramstein Air Base anti-drone protests: The Germans taking on the US military

The court ruling in detail 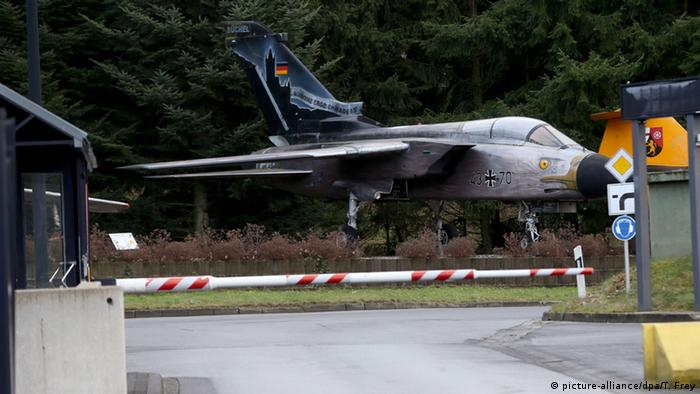 What was the claim? The plaintiff had argued the situation violated human rights, property rights and the fundamental right to physical safety. She also claimed that any potentially illegal war conducted from German territory would violate the NATO Treaty as well as the German constitution.

Where are the nukes? Büchel is located in Cochem-Zell, some 108 kilometers (67 miles) west of Frankfurt, is a joint US-German air base "tasked primarily with storing, guarding, maintaining and activating atomic weapons as stipulated within the framework of the NATO nuclear sharing arrangement."

The US military in Germany: The US maintains a large presence in Germany, including its European Central Command (EUCOM) in Stuttgart, and Ramstein Air Base, which is integral to the US drone program in Pakistan, Somalia and Yemen. Unconfirmed information suggests that some 20 nuclear missiles are currently stationed at Büchel. These are the last US nukes stationed in Germany.

Last resort: After failing in her bid to get the weapons removed in several earlier claims at specialist courts, the Constitutional Court represented the plaintiff's final option.