Report: US drone attacks via US bases in Germany

The US military’s use of unmanned aircraft to kill terror suspects in foreign countries has come under media scrutiny in Germany. US bases in Germany may be involved in drone killings. 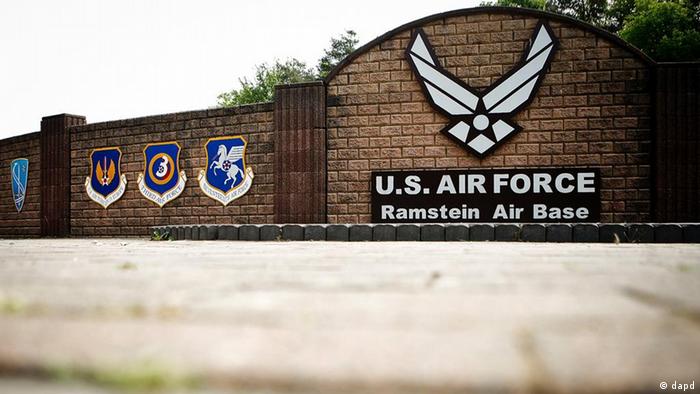 German ARD public television and the national daily paper Süddeutsche Zeitung have claimed that a satellite link located at the US air force base at Ramstein in southern Germany plays a key role in American drone attacks on targets in Africa.

The reports also raised questions about how much the German government has known about the controversial practice.

"The killing of a terror suspect using an armed drone outside of an armed conflict could - if the federal government knows about it and doesn't protest against it - make it complicit in a human rights offence," German human rights lawyer Thilo Marauhn told ARD.

The two reports cite an internal US military document said to indicate that the Ramstein satellite facility provides the vital link between the US drone pilot, who operates from a base in the United States, with the drone itself in missions conducted over Africa.

The document cited in the reports is said to be a construction plan for a permanent satellite link at Ramstein.

The reports said that the Ramstein satellite link appeared to be a temporary facility while a permanent one is set up over a six-month phase, indicating that US drones were being controlled through the German-based relay.

The purpose of the Ramstein facility is to improve satellite communications with US Predator, Reaper and Global Hawk drones, according to the document cited in the reports.

The US military has made little information public about the activities of its US Air and Space Operations Center at Ramstein, apart from the fact that it opened in 2011.

The two media outlets also cite multiple unnamed sources who say the facility has been involved in at least nine drone attacks in Somalia in which as many as 29 people were killed.

The United States Africa Command or AFRICOM is located at a US base in in the southern German city of Stuttgart. It is responsible for all American military operations in Africa.

Omid Nouripour, a lawmaker for the opposition Green Party called on Chancellor Angela Merkel to investigate whether facilities based on German soil were being used to conduct drone attacks as a matter of urgency.

If this turns out to be the case, Nourpour added, it would be up to the government to "prohibit (the US) from continuing to conduct illegal killings from Germany."