US mayor: 'We have a lot to learn from Europe'

The city of Carmel in the US state of Indiana has been named the best place to live in America among smaller cities. DW spoke to Carmel Mayor Jim Brainard, who's always looked to Europe for inspiration. 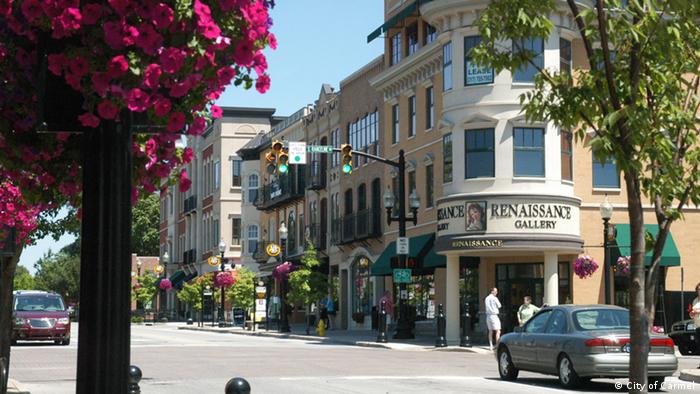 DW: Do you think the Old World can teach the New World a few things about livable cities?

Jim Brainard: Europe certainly has a much longer history of designing walkable cities than the United States. In my city, we have more roundabouts than any other city in the United States. On our major roads we have over 17 roundabouts, on our minor roads over 80 - and that's for about 80,000 people. And we've lowered our accident rate by about 80 percent as a result. 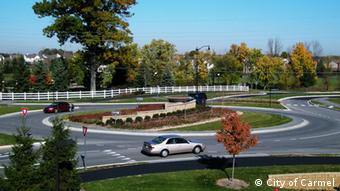 Roundabouts have resulted in fewer traffic accidents in Carmel

You've obviously traveled quite a bit throughout Europe. Which cities on this side of the pond tick all the right boxes as far as you're concerned?

Every country has something to offer, I think. I was fortunate to spend some time during my graduate studies in England, where I first saw my roundabout - that was in 1981. Just recently we were in France, Italy, Austria and Germany. In Majorca, Spain, I saw a roundabout intersection configuration that we copied and then modified here. But the key is that Europe, of course, has far more history than we do of designing walkable, pedestrian-friendly streets.

We hope to get the best of both worlds. For instance, putting cars underground is a new development. And designing to very traditional standards - narrow streets, beautiful sidewalk cafes, with a focus on streetscapes. In some cases we weren't able to focus on the details or good architecture as much in our cities because everything was so spread out and people were locked in their cars. The average American drives about a 100 miles a day, or two hours. We're trying to change that in our community and make it possible to walk to places people need to go, as opposed to places they might choose to go simply for a walk.

Carmel has tripled in size over the last 12 years. Do you think that's evidence that many Americans want to live in a city that has more of a European flavor? 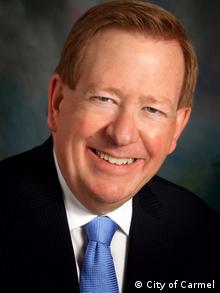 Brainard says his constituents are behind his designs

Absolutely! As Americans - those of us who can afford to do so - we travel to Europe yearly on vacation. And we enjoy sitting in 300-year-old piazzas, town squares and sidewalk cafes. For us it always begs the question: why haven't we built cities like this? Europe's done a beautiful job since World War II rebuilding and restoring these older cities. And I think there's great admiration on the part of many Americans for European cities. As I'm out talking with people, I oftentimes hear things like, "This is just like being in Europe." We have a lot to learn from Europe, and it just makes sense to build our cities with design principles in mind that have been used for centuries.

The challenge is always: how are we going to park the cars? How are we going to get the cars underground or in parking structures that aren't visible? This all goes back to the industrial age when our factories had smoke, noxious fumes and weren't healthy. And so back in the 1800s we separated residential areas from factory areas. Today, most of our manufacturing is clean, but residential districts are a great distance away and shopping areas and downtown districts are separated. We're all segregated and far away from each other. So we're going back to mixed zoning where people can live and work and enjoy recreation all in the same area. Much like Europe has done for centuries. People really like being able to come out of their house, walk and not have to drive to a sidewalk cafe to have dinner or hear some music. Or be able to a walk to a public park as opposed to being by themselves in a large backyard on half an acre.

But have you experienced opposition to some of the things you've introduced over the years? 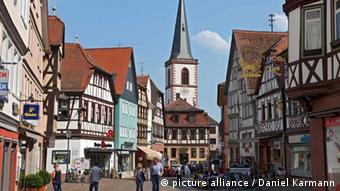 Brainard has drawn on examples from cities across Europe

Yes, there's always been a fair share of naysayers. But I think there's been a referendum on these ideas with my election every time and I've won five of them now. So I think the majority of people do like it.

What new plans are there on the city hall agenda in Carmel?

We're continuing to build out our city center, to connect the old village area with its arts and design center with our new master-planned, mixed use, European-style downtown. We're looking at more mixed use development in the fringes of the city as well. We're looking at making sure that every new neighborhood is connected with a pedestrian walkway or bikeway to our new downtown areas. We still have a lot of land that's undeveloped within our city limits so we're looking at developing that land very differently to what's been done over the last 50 or 60 years.

Aiming to increase its rate of biking commuters while gearing up the city's infrastructure, Copenhagen is paving the way for the most creative innovations in cycling across Europe. (23.03.2011)

Germany is studying the possibility of powering freight trucks with overhead electric cables similar to those that trolleybuses use. A field test is underway in the region of Brandenburg. (20.06.2012)