US launches second wave of airstrikes in northern Iraq

The US military has struck Islamic State positions in northern Iraq, according to the Pentagon. US President Obama authorized airstrikes to protect local minorities and US military personnel in the region. 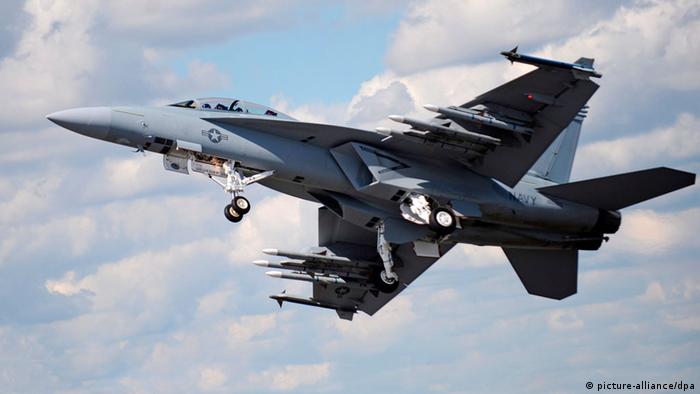 US drones and F/A-18 planes carried out a second wave of airstrikes on Sunni extremists in northern Iraq on Friday. According to the Pentagon, a mortar position and an "Islamic State" (IS) convoy were destroyed in the attack.

"As the president made clear, the United States military will continue to take direct action against [the Islamic State] when they threaten our personnel facilities," the Pentagon said.

It was not immediately clear how many militants were killed.

With a humanitarian crisis worsening in northern Iraq, US President Barack Obama authorized the targeted strikes on Thursday, which had been preceded by an air drop of supplies to refugees in the region.

"There will be huge changes on the ground in the coming hours," Zebari told the news agency AFP.

The UN announced on Friday that it was "urgently preparing a humanitarian corridor."

Tens of thousands of minorities – including Christians – have been fleeing the extremist militant group in recent days.

An estimated 50,000 members of Iraq's Yazidi population have been driven into the mountains near the northwestern town of Sinjar over the past week, where they are now trapped. The Islamic State considers Yazidis, who borrow their religious practices from Christianity and Islam, as apostates.

The UN estimates that over 200,000 additional people have fled to the Dahuk governorate in the past three days. The northern locality lies close to Iraq's border with Turkey.