An IS fighter has been killed in a ground operation in Syria, the US military announced. Close to the IS leadership, Abdurakhmon Uzbeki was linked to an attack on a Turkish nightclub that killed 39 people. 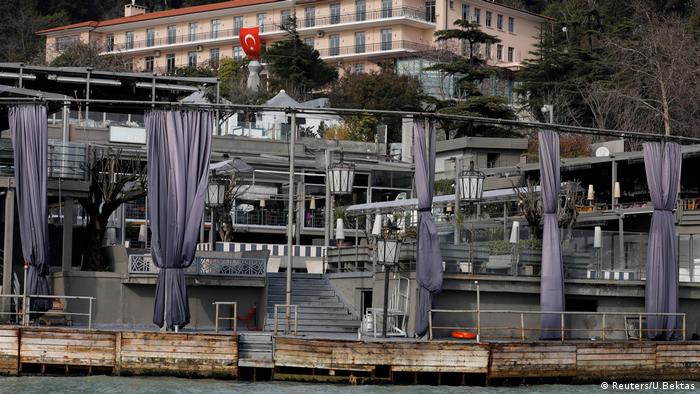 The Reina nightclub in Istanbul was attacked on New Year's Eve

Colonel John Thomas, a spokesman for the US military Central Command announced on Friday that Abdurakhmon Uzbeki, who was believed to be from Uzbekistan, was killed during a ground assault near Mayadin, Syria, on April 6. The town on the Euphrates river near Deir Ezzor in eastern Syria, is in an area that is regularly targeted by coalition air strikes.

Dozens of people killed in attack on Istanbul nightclub

At least 39 people were killed in Istanbul, when a terror attack targeted visitors of a nightclub during the New Year's celebrations. Many of the victims were foreigners. Security forces were searching the city. (01.01.2017)

Fresh airstrikes have killed at least 13 commanders of the notorious militant group, the military said in a statement. But the army stopped short of confirming the militant leader's presence at the targeted house. (13.02.2017)

'IS' in talks with al Qaeda on 'possible alliance' - report

The leader of so-called 'Islamic State' (IS) has spoken to al Qaeda about a 'possible alliance,' according to Iraqi Vice President Ayad Allawi. The talks come as Iraqi troops close in on IS fighters in the city of Mosul. (18.04.2017)

"It was a ground operation. I think that's all we're willing to say about that," Thomas said. The US military spokesman said that Uzbeki did not die in an airstrike. "We have clearly linked him with the New Year's Eve Istanbul bombing," Thomas added.

Thomas described the ground raid in Syria targeting Uzbeki "as an operation in order to eliminate him."

Close associate of IS leader

Uzbeki was regarded as a close associate of IS leader Abu Bakr al-Baghdadi and was linked to the deadly attack on the Reina nightclub in Istanbul on New Year's Eve. 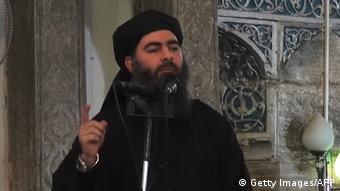 Abu Bakr al-Baghdadi, leader of the IS terror group

Brett McGurk, the US diplomat who coordinates the anti-IS coalition in Iraq and Syria, posted a tweet, confirming the jihadist's death "We will reach you anywhere," he wrote.

McGurk said Uzbeki had played a "key role in IS' external terror attack plotting, and ... facilitated the high profile attack, which murdered 39 people on New Year's Eve at a nightclub in Istanbul."

An Uzbeki national, Abdulkadir Masharipov, carried out the attack on the Istanbul night club. He fired on hundreds of people at the Reina nightclub, killing 39 and injuring many more.

Captured in a police raid in Istanbul two weeks later, Masharipov confessed to the attack according to Turkish authorities.