US firms poised to seize opportunities in Iran | World| Breaking news and perspectives from around the globe | DW | 12.11.2013

US firms poised to seize opportunities in Iran

Iran and the West have not reached a deal yet, but businesses on both sides are keen to boost trade. If sanctions are lifted, experts predict tough competition between Europe and the US. 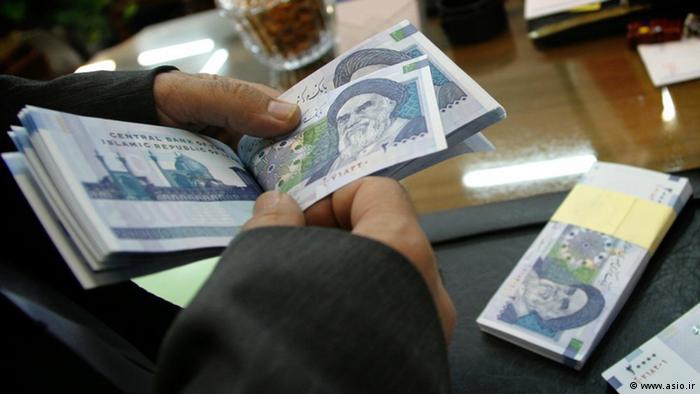 It's not business as usual just yet, but US President Barack Obama's comments on the recent negotiations between the West and Iran at least sound promising. He said Washington could provide Iran "with some very modest relief," but the system of sanctions would stay in place, he said, until the US is sure that Iran will stick to the rules.

"We can test it. We don't have to dismantle sanctions to do it," Obama said. But that is precisely what is needed, according to the director of the independent National Iranian-American Council, Trita Parsi.

"I think the biggest threat is that from the Western side the implementation of lifting the sanctions is too slow, which leaves the Iranians with the belief that the West is not going to fulfill its promises and that can cause the negotiations to fall apart," according to Parsi, who founded the organization.

And there are plenty of companies itching to do business with Iran. "My understanding is that the Iranians are sending out feelers to the American business community," according to Alex Vatanka, Iran specialist at the Middle East Institute in Washington.

"[They're] hoping that the American business community would listen to their overtures positively and that they will then, in turn, in Washington, on Capitol Hill, argue for the easing of sanctions, so business can begin."

Some of the sanctions imposed on Iran by the US have been in place for over 30 years. In 1995, because of Iran's alleged support of terrorists and its alleged aim to produce weapons of mass destruction, then-US President Bill Clinton put in place a trade embargo with Iran.

Obama has since imposed even more sanctions, like the ban on trade in the petro-chemical sector in 2011.

But US media reports claim that US oil giants are now reaching out to Iran again. According to the reports, there was a meeting between Iran's Oil Minister Bijan Zanganeh and representatives of the big US oil companies. 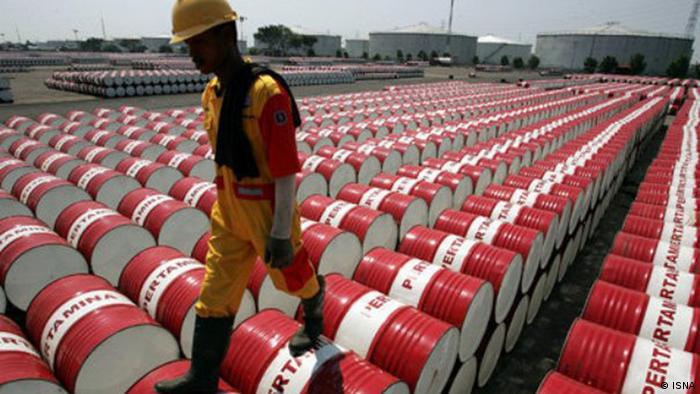 They are keen to get into Iranian oil production before the likes of Total and Royal Dutch Shell from Europe snap up all the business. Zanganeh estimates that easing sanctions in the oil sector could net Iran 55 billion dollars every year through improved exports.

But it is not just oil and gas companies who are keen to set up shop in Iran, says Vatanka. The telecommunications and aviation sectors are also keen to get into Iran. Western consumer goods are also very popular in Iran already.

Cars are a good example, which is why General Motors (GM) is planning to work with Iranian carmaker Khodro, according to French daily Le Figaro. Vatanka thinks that "big companies from Germany, France, the UK and Italy will always have a footing in Iran."

"But I think the priority right now …is to bring as much American interest as possible back into Iran. Business that was there on a large scale before the 1979 revolution. And the hope is that these American businesses that are going to make money in Iran can then in Washington become a counterbalance to those lobby-groups in Washington that are very anti-Iran," Vatanka said. 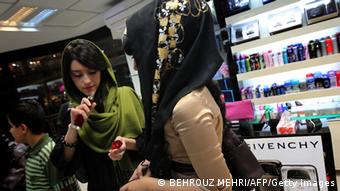 And it is not just carmakers bracing for the race to get into Iran. With a population of nearly 80 million, Iran boasts the biggest market for consumer goods in the Middle East.

European and US companies are jockeying for position already, ready to pounce once the sanctions are lifted. Vatanka thinks European firms may end up the loser here, as they have caused huge disappointment in Iran.

"They feel that the Europeans have by and large gone under the leadership of the United States," he claimed.

It is too early to say if Vatanka's view will prove correct. In the US Congress, meanwhile, those in favor of tightening sanctions are on the increase. And that, not just according to the White House, would put paid entirely to any nuclear deal.

Opinion: Light at the end of a long tunnel

The Geneva nuclear talks, the second round since Iranian President Rouhani's inauguration, have ended without a concrete agreement. The Islamic Republic wasn't responsible this time around, writes DW's Jamsheed Faroughi. (10.11.2013)

The three-day talks in Geneva on Iran's nuclear program were among the most successful in decades. One country not at the table had good reason to celebrate when negotiations stalled due to France's tough position. (10.11.2013)

Current talks represent the best chance in years for the West and Iran to reach an agreement on Tehran's nuclear program. But political hurdles at home remain for all the parties at the negotiating table. (16.10.2013)