US drone strikes killed up to 116 civilians, new report says

In a much-anticipated report, the US has revealed the number of people - including civilians - killed in drone strikes. The report, however, is unlikely to quash criticism. 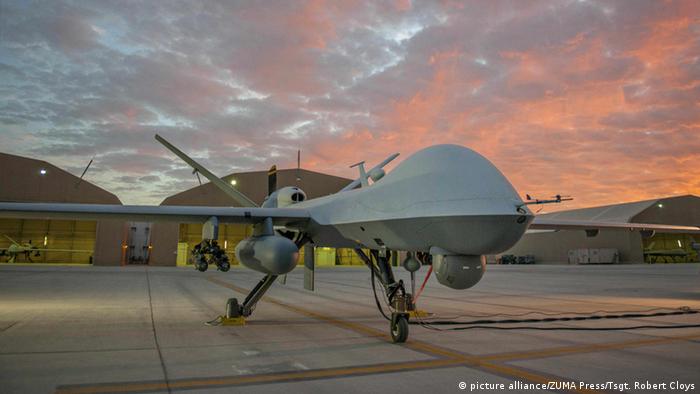 The report, released on Friday, shed light on the US government's closely monitored and highly controversial drone program, which has been frequently accused of killing civilians in the Middle East and Asia.

Anywhere from 64 to 116 civilians may have been killed in drone strikes between President Barack Obama's first term in 2009 and the end of last year, the Director of National Intelligence (DNI) said in the report. In total, there were 473 strikes and some 2,581 combatants killed during that period.

The report didn't provide details about where the strikes took place, although it noted that the numbers are from strikes that occurred outside principle war zones like Iraq, Syria and Afghanistan.

The reported number of civilian deaths falls far short of the estimated figures made public by various NGOs. DNI itself acknowledged that these organizations have put the death toll at anywhere from 200 to more than 900 people, but said its calculations were based on more complete information.

The report's release is part of an effort by the Obama Administration to satisfy international critics of the drone program, although it's unlikely to do so. "The president believes that our counter-terrorism strategy is more effective and has more credibility when we're as transparent as possible," said White House spokesman Josh Earnest.

The family of the driver who died in the US drone attack on Taliban leader Mullah Akhtar Mansour in Pakistan have registered a case against the US. Mohammad Azam was an innocent victim, according to his family. (29.05.2016)