US denies entry to German writer and NSA critic Trojanow

Questions have arisen after the German author Ilija Trojanow was denied entry to the United States, apparently without reason. A colleague of the writer claims his call for clarity about US spying activity is the answer. 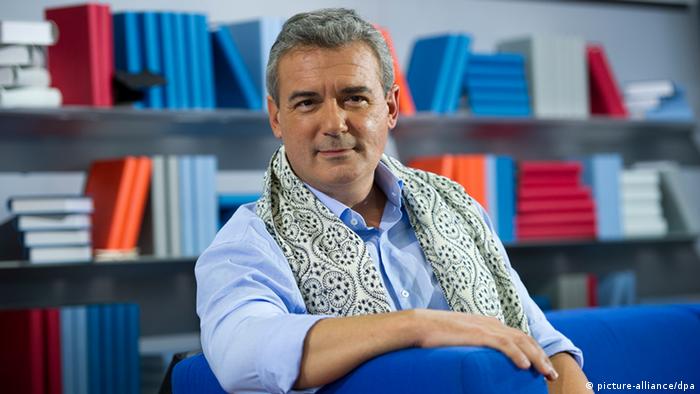 The 48-year-old Trojanow had been invited to a German language convention in the US city of Denver. However, he was left stranded at Salvador da Bahia airport, in Brazil.

"The woman told me curtly and without emotion that entry to the United States was being denied to me - without giving any reason," Trojanow told the German newspaper the Frankfurter Allgemeine Zeitung on Tuesday.

Trojanow and co-author Juli Zeh had been behind an open letter to Chancellor Angela Merkel that demanded the German government "tell the nation the full truth about the spying offensive." The document was written in light of former US intelligence operative Edward Snowden's revelations about far-reaching and unsupervised electronic spying operations by the National Security Agency (NSA).

The letter was signed by some 70,000 people and handed to Merkel ahead of Germany's general election. It stated that there was a growing impression that Berlin had approved the methods of US and British authorities in spying on German citizens.

"For this reason we ask you, is it politically desirable that the NSA monitors German citizens in a way that the German authorities are forbidden from doing by the constitution and the German Constitutional Court?" the authors wrote.

Zeh now claims there was a connection between Trojanow's being denied entry to the US and his criticism of the spying operations of the NSA and other government agencies.

"It is more than ironic that an author who raises his voice against the dangers of surveillance and the secret state within a state over the years could be denied entry to the 'land of the free and the home of the brave,'" Zeh wrote on her Facebook page.

"To look at it in a positive way - everything we are doing is having an effect; It is being brought to public attention," Zeh observed. "To look at it negatively, it is a farce, pure paranoia. People who stand up for civil rights are being treated as enemies of the state."

"It may only be an individual case, but it illustrates the consequences of a disastrous development and exposes the naïve attitude of many citizens who reassure themselves with the mantra that this does not affect them," Zeh said.

A spokeswoman for Trojanow's publisher said he was on the on way back to Germany on Tuesday, the news agency DPA reported.

Zeh and Trojanow co-authored a 2009 book in German: "Attack on Freedom: Security Paranoia, the Surveillance State and the Dismantling of Civil Rights."