US delivers show of force in South Korea

A US bomber has landed in South Korea in a show of force the US said was aimed at demonstrating its military prowess to North Korea. The military theater follows North Korea's recent tests of nuclear weapons and rockets. 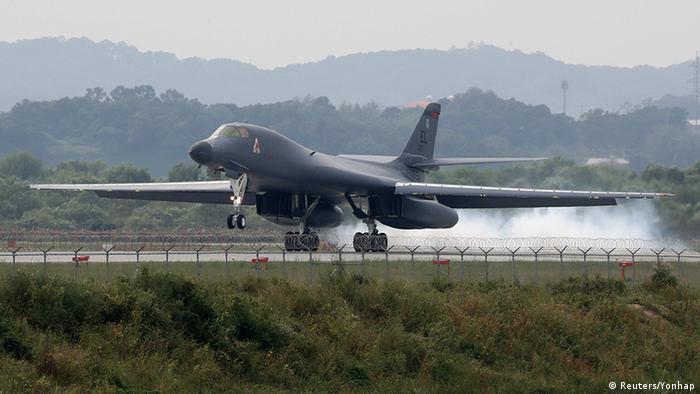 One of the bombers returned to a US base in Guam while the other touched down at Osan, which US military officials said was designed to send a message.

"The bond between the United States and the Republic of Korea [South Korea] is ironclad and the strength of that commitment will not be shaken by North Korea's aggressive behavior," said Lieutenant General Thomas W. Bergeson of the US Air Force.

"What we are showing today is just one tool we have to choose from a wide array of options. The alliance grows stronger every day and we remain prepared to defend and to preserve the security of the Korean Peninsula and the region."

North Korea has to date ignored global criticism since conducting its fifth nuclear test on September 9, and this week said it had successfully tested a new rocket engine that can be used to launch satellites, again in violation of UN sanctions.

Critics of this week's US bomber maneuvers dismissed the display as a cursory air show in the light of an apparent quickening in the pace of North Korea's nuclear and missile testing program. 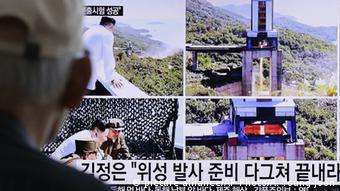 North Korea has been testing nuclear weapons and ballistic missiles at an unprecedented rate this year.

North Korea condemned a similar flyover on September 13 as an armed provocation that mobilized "ill-famed nuclear killing tools," but did not immediately respond to Wednesday's flight.

South Korea is already home to around 28,500 US troops and numerous bases on its side of the so-called Demilitarized Zone (DMZ), the most heavily fortified political boundary in the world.

US and China to cooperate in restraining North Korea

Barack Obama and Li Keqiang have discussed imposing sanctions on North Korea following its latest nuclear test. The US and China are eyeing closer cooperation at the UN Security Council and in law enforcement. (20.09.2016)