The Czech government has agreed to host facilities that would be used as part of the defensive shield the US wants to build in Europe. But the plans are unpopular among Czechs and many others. 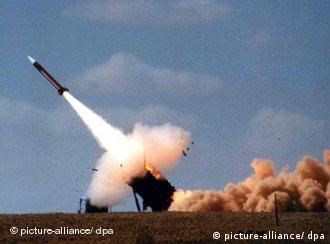 US Secretary of State Condoleezza Rice announced that the deal had been reached after meeting with her counterpart Karel Schwarzenberg in Prague.

"We face with the Iranians, and so do our allies and friends, a growing missile threat that is getting ever longer and ever deeper, and where the Iranian appetite for nuclear technology ... is still unchecked," Rice told reporters in Czech capital.

The radar system is part of a defensive shield intended to protect Europe against missile attacks by so-called "rouge states" like Iran. Washington hopes that the entire shield will be functional some time between 2011 and 2013.

But Rice said the next US President would have to decide whether and how to go ahead with the shield.

This is how the system would work

In the proposed system, radar stations in the Czech Republic would be responsible for locating enemy missiles detected by US satellites.

That data would then be relayed to interceptor missiles or "kill vehicles" stations in neighboring Poland.

The inceptors would then be sent speeding off to collide with and destroy the hostile missiles.

But questions have been raised about the effectiveness of the proposed system -- in particular whether it would be capable of distinguishing between missile with live warheads and decoys.

And while Tuesday's deal could prove an important step in realizing Washington's ambitious plans, shield proponents will still have to overcome a lot of popular and political resistance rto what many fear could be the start a new Cold War. 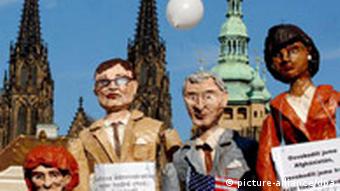 Most Czechs would rather not have the shield

Rice's visit to Prague was accompanied by protests, with demonstrators unfurling banners reading "Don't make a target of us."

"We believe that this could start another arms race, and we believe this will not raise the security of the Czech Republic," protestor Frantisek Smrcka told the DPE news agency.

An opinion poll in June suggested that 68 percent of Czechs were against becoming involved in the shield system. And the current Czech government has only a razor-thin majority in the parliament and could face difficulties getting the deal approved.

Meanwhile, despite 14 months of negotiations, the US has yet to reach an agreement with Poland, where the interceptor missiles would be stationed. Poland is insisting on billions of dollars in US aid to modernize its armed forces in return for hosting the facilities. 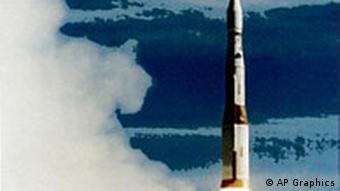 Russia isn't happy about the prospect of these on its doorstep

And Russia has repeatedly expressed its opposition to having a strong US military presence in its former back yard, threatening to retarget nuclear missiles at Europe if the shield is put into place. Washington has been at pains to assure the Kremlin that the shield is not directed against Russia.

"We want the system to be transparent to the Russians," Rice told reporters on Tuesday.

But the system, assuming it ever gets built, could ultimately ratchet up tensions instead of making Europeans feel more secure.

Poland has sent its foreign minister to the United States in hopes of salvaging a missile defense deal. Russian President Dmitry Medvedev made it clear to George W. Bush that he is unhappy about the missile shield. (07.07.2008)

The Czech government could collapse this autumn, months before it takes on the European Union's rotating presidency, Prime Minister Mirek Topolanek was quoted as saying. (08.06.2008)