US constructs new special forces regional base in Albania

The US military is building a regional base in Albania for US special forces in the Balkans. Albania's prime minister called the US decision "fantastic news." 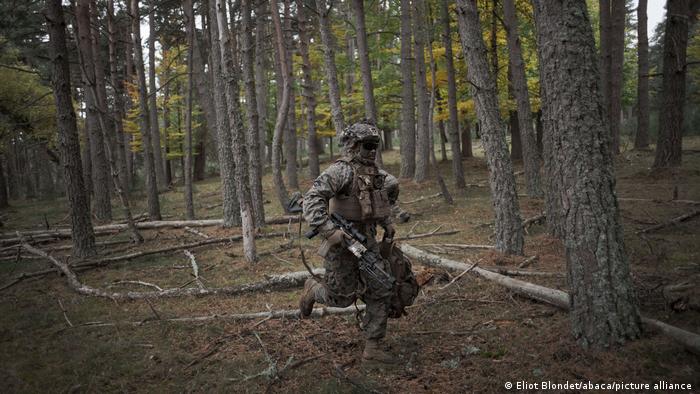 The US military is building a regional command post for US special forces in Albania, European Command headquarters in Stuttgart, Germany confirmed.

Major General David H. Tabor who is responsible for US special operations in Europe said, " The ability to rapidly move and train within the Balkans, in close coordination with other allied and partner forces, made Albania the best location for this effort."

What has Albania's prime minister said?

Albania's Prime Minister Edi Rama confirmed the US would set up a new special forces base, calling it "fantastic news."

In a video message, Rama said, "It is an expression of a very high credibility and a very close cooperation."

What are special forces for?

Special forces are highly trained and equipped military forces that are often used in counterterrorism and reconnaissance missions.

They are highly skilled at tactical maneuvers and work in small units to permit maximum flexibility.

The US special operations command says its role is to "rapidly respond to emerging threats and if necessary, defeat aggression."

Following the September 11, 2001, attacks on the World Trade Center and the Pentagon, the number of US special forces more than doubled as its budget tripled and the number of deployments quadrupled.

There are already some 600 US forces in Kosovo.

It was not immediately clear what the role of US forces at the new operations command center would be.