Chicago police have released video footage of an officer shooting a 13-year-old Latino boy last month. Mayor Lori Lightfoot has called for peace in the city after the video's release. 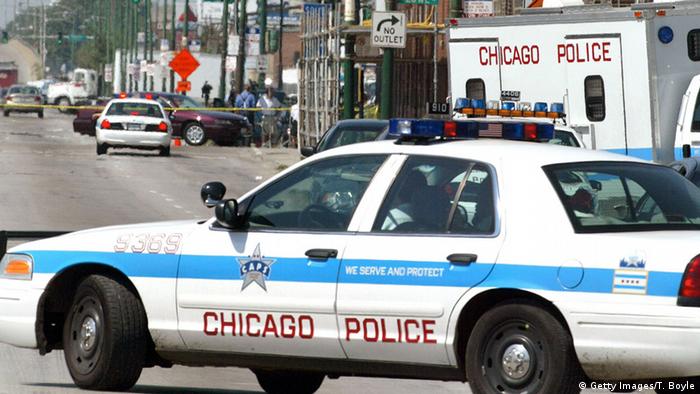 A Chicago police review board on Thursday released body camera video footage of an officer fatally shooting a 13-year-old Latino boy last month. The Civilian Office of Police Accountability had shown the video of the March 29 shooting to the boy's family two days ago.

The video footage begins with an officer driving in Chicago's Little Village neighborhood. The officer exits the vehicle and chases the boy down an alley, urging him to stop running.

The officer then asked the boy show his hands. As the boy raises his hands, he is shot by the officer, which causes him to drop to the ground. The images are not conclusive but also appear to show the boy discarding an item in an alley before turning to face the officer. A gun is later clearly visible lying on the ground behind the fence where he fell when the officer inspects the scene. The officer was responding to reports of shots fired.

The footage continues as the officers seeks to administer first aid and waits for an ambulance crew to arrive.

The release of the video comes after a cop in a Minneapolis suburb last week killed a 20-year-old Black man, Daunte Wright, during a traffic stop. Wright's killing sparked demonstrations across the United States.

The killing of 46-year-old George Floyd by Derek Chauvin last May triggered a nationwide debate over police brutality and systemic racism towards African-Americans. Chauvin is currently on trial for Floyd's death. He said on Thursday that he would not testify in his defense. He told the judge he would exercise his right not to implicate himself in court under the Fifth Amendment to the US Constitution.