US arms industry profits from aid funds to Egypt

The EU has put on hold arms shipments to Egypt, while the US continues to support the Egyptian military. Defense contractors in the US stand to profit. 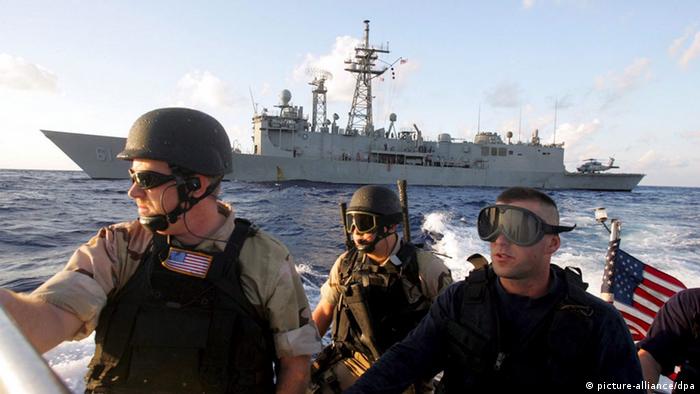 It seemed to be a difficult answer for Barack Obama. The US president appeared to weigh every word when he was asked during a TV interview in August why the US has not cut military aid to Egypt.

The US annually sends Egypt $1.5 billion (1.1 billion euros) in aid funds, and a hefty $1.3 billion of that goes to the military. Military aid has been under criticism since Egypt's military ousted President Mohammed Morsi in July – but the US government has held firm. Observers say the US could lose its military privileges in the region if it cuts aid, thereby endangering America's security interests.

Obama did not breathe a word about a little-known aspect of the military aid: the program is not only of political significance but it's also closely linked to the interests of the US arms industry, and backed by a powerful lobby.

Under a military aid agreement, the aid for Egypt in fact never leaves the United States. As soon as the US Congress approves the payments, the money goes to an account at the Federal Reserve Bank in New York. The bank transfers the aid to a trust fund at the Treasury, and from there to US military contractors and suppliers.

The contracting parties, some of them multinational groups with subsidiaries in the US, must be based in the US and it is essential that they employ personnel in the US. As a result, the financial aid does not go to Cairo, but to America's heartland, creating more or less state-subsidized jobs. 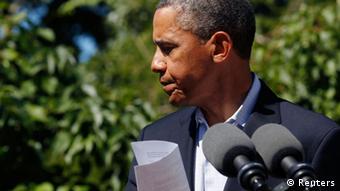 The US sustains miliitary aid to Egypt

US military aid in Egypt dates back to the 1979 Egypt-Israeli Peace Treaty. Egypt, the most populous country in the Arab World, is regarded as an important pillar of US foreign policies in the Arab world, not least due to the strategically important Suez Canal, controlled by Egypt and connecting the Mediterranean and the Red Sea.

Over the decades, the aid to Egypt was often questioned in the US Congress, said Shana Marshall, a political scientist at the Institute for Middle East Studies at George Washington University. When someone raises an objection to the military assistance program, which is once every few years, "usually the defense industry will send a team of lobbyists to visit different people in Congress to make the argument that the military assistance should continue, " she said.

"This argument is based not only on these sort of geostrategic questions but also on the number of jobs and production lines that may be put at risk if the military assistance program were to be scratched."

This year, the debate had an additional domestic component: since the spring, the US has been grappling with deep budget cuts aimed at reducing the budget deficit. The US military is one of the hardest-hit sectors. Production of new military hardware has been cut back, and that in turn affects the arms industry. Some companies, fearful of having to dismiss highly qualified workers who might move on to other sectors, have demanded contracts in arms exports as a "trade-off." It is not clear in how far such demands are met by the state.

What is clear, however, is that not all military hardware the Egyptian military purchases with US funds is actually needed and used. "There are tanks that are just sitting in warehouses in Egypt right now," said Jason Brownlee, an expert on US-Egyptian relations at the University of Texas. "Overall, there’s not a compelling argument for providing a lot more traditional hardware to the Egyptian military."

US government is a signatory

Experts agree that the US benefits politically from the partnership with Egypt. The extent of aid payments is comparatively small in view of the many privileges the country enjoys in the region. The needs of the domestic arms companies - despite their great influence - most likely play a minor role in the decision of whether to continue the military aid. 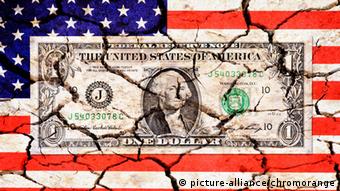 The US government shutdown has endangered the global economy

What if the payments were stopped for political reasons? The US government is a co-signatory in the Egyptian military's contracts with US companies. Washington guarantees the weapons will be sold. "To offset their loss in that case, US arms firms that had very lucrative contracts with Egypt would probably simply receive similar contracts with other countries, such as Iraq, Afghanistan, Pakistan or Somalia," Marshall says.

In Obama's August TV interview, the interviewer seemed satisfied with the president's evasive answer. Obama last commented on the Egyptian aid in a speech to the United Nations last month. He repeated that relations were still under review. The last aid payment for 2013 was assigned at the beginning of this month.

Currently, the government shutdown has benn dominating US headlines. Public interest in the aid to Egypt has decreased and the pressure on Obama has lessened. So the military assistance continues, much as it has for more than 30 years, to the benefit of the Egyptian military and the US armament industry.

US shutdown only 'momentary', says Kerry

As the US enters the fifth day of a partial government shutdown, analysts are warning that its global influence could be at risk. But US Secretary of State John Kerry has labeled the shutdown "a momentary episode." (05.10.2013)

The International Institute for Strategic Studies (IISS) has released its 2013 report on trends in world affairs. Editor Alexander Nicoll tells DW why Western nations have struggled to react to events in the Mideast. (13.09.2013)