US agrees with Manila on bases in Philippines

Representatives of the US and the Philippines have reached a deal on five locations for US troops on the island country. The move comes as tensions with Beijing rise over territorial disputes in the South China Sea. 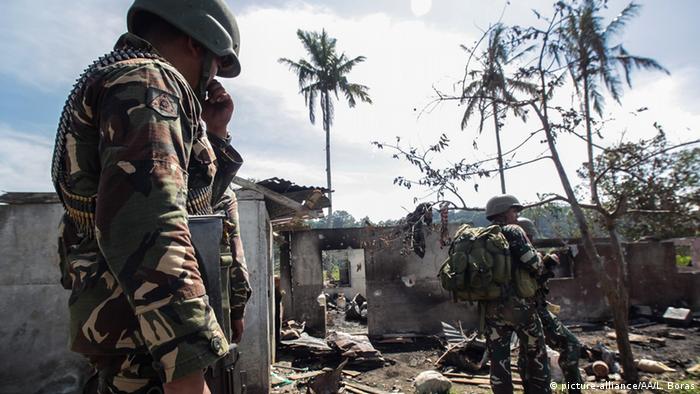 Manila is a "critical US ally," US Deputy Assistant Secretary of Defense Amy Searight said in Washington on Friday, at the opening of the annual bilateral talks between two countries.

The Philippines agreed to grant access to American troops at five different locations on its territory, as part of a 10-year defense agreement which was signed in 2014, Searight added.

The Enhanced Defense Cooperation Agreement (EDCA) allows Washington to boost its military presence in the Asian state. Under its terms, the US can temporarily place its troops, ships and planes in local military camps, and use them both for humanitarian ends and security operations.

Also, the Pentagon intends to spend $50 million (44 million euro) to improve maritime security in the region, according to Searight. Manila stands to receive "the lion's share," she added.

Most of the funding should go towards better radar systems and other monitoring technology in the South China Sea, where several Asian countries clash over controlling key trade routes.

US Assistant Secretary of State Daniel Russel said the Friday deal would speed up Washington's assistance when it comes to natural disasters and help modernize the army in the former US colony.

The US recognized Philippines as an independent country after World War II, and closed down its military bases on the archipelago in 1992, amid a surge of Philippine nationalism. During recent years, however, Manila has reached out to Washington while bumping heads with China over disputed islands in the strategic region.

On Thursday, US Navy reported activity around a reef China allegedly seized from the Philippines some four years ago, saying it might be a precursor to more land reclamation by Beijing.

Manila has also challenged China's territorial claims before the International Court of Arbitration in the Hague. In turn, Beijing said it was not bound by the arbitration and refused to participate.

The tribunal ruling is expected in late May.