US Accepts German Help After Katrina | Europe | News and current affairs from around the continent | DW | 04.09.2005

US Accepts German Help After Katrina

After initial hesitation, US officials on Sunday handed their German counterparts a "wish list" of emergency aid such as logistics experts, water purification plants and medical help for victims of hurricane Katrina. 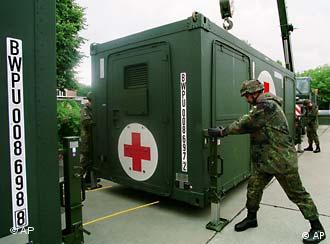 German mobile medical centers can now be sent to the US

William Timken, the new US ambassador to Germany, handed the list to German government officials during a meeting Sunday afternoon. 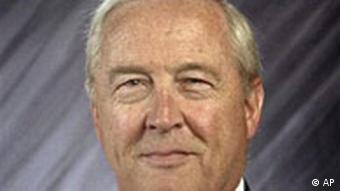 Timken (photo) thanked Germany for the willingness to help, including 25 tons of meals that have already been flown to the US. A first plane with 10 tons of food arrived on Saturday, while a second delivery was due to arrive in Pensacola, Florida at about 9 p.m. UTC. 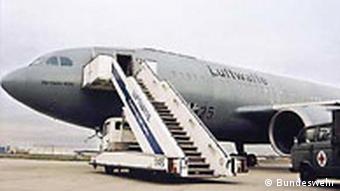 US officials also asked the European Union and NATO for help. According to EU officials, US government representatives have asked for first aid kits, blankets, water trucks and 500,000 prepared meals.

"We are and have been ready to contribute to the US efforts aimed at alleviating the humanitarian crisis in New Orleans," EU Environmental Commissioner Stavros Dimas said in a statement, according to Reuters news service.

The EU's British presidency will now coordinate the aid shipments.

Officials for the North Atlantic Treaty Organization (NATO) also said they had been asked by the US to send food supplies.

Flying hospital due on Monday 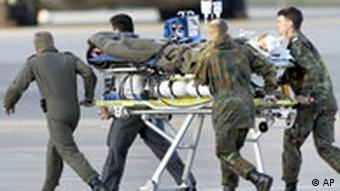 The plane is usually used to transport injured soldiers

Germany's flying hospital, Medevac, which was used in the tsunami areas, is expected to arrive in the US on Monday, according to German public broadcaster NDR.

The plane comes with "a complete team of about 40 doctors and nurses," Andreas Künkler, a German air force pilot who delivered the first shipment of aid to the US. "That's what makes this plane unique in the world."

German Aid Arrives in US

German food packages arrived in the US Saturday to help victims of hurricane Katrina as a fact-finding team from the country's federal disaster relief organization prepared to head to the affected region. (Sept. 3, 2005)