German Minister′s Katrina Remarks Irk US | News and current affairs from Germany and around the world | DW | 02.09.2005

As the US grapples to contain the devastation wreaked by Katrina, Germany's Environment Minister, Jürgen Trittin is experiencing a storm of outrage following his suggestion that the US brought the catastrophe on itself. 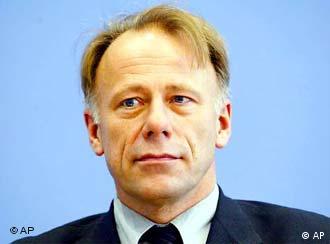 In an opinion piece in Germany's Frankfurter Rundschau newspaper, the environment minister was quick to point the finger of blame, openly chastising Washington for its refusal to sign the long-debated Kyoto treaty designed to reduce greenhouse gas emissions.

"The American president has closed his eyes to the economic and human damage that natural catastrophes such as Katrina -- in other words, disasters caused by a lack of climate protection measures -- can visit on his country," Trittin wrote. 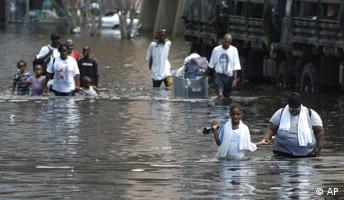 And he didn't stop there.

"When reason finally reaches the headquarters of the climate polluters, the international community will need to be able to extend a hand with an elaborate proposal for the future of international climate protection. The German government stands ready for this," he added.

Americans, who are already reeling from the horror of what is happening in Louisiana, have reacted in fury to what they see as cold callous remarks, which leave no doubt that anti-American sentiment is rife in a nation which claims to be its "friend".

"In the wake of the December 2004 tsunami would Germans have jumped at the chance to criticize Indonesia for its habit of condoning Islamic terrorism? Would Germans have self-righteously stated that those victims had it coming?" one DW-WORLD reader asked. "No, it seems Germany only feels a "moral" obligation to attack the United States at every possible opportunity." 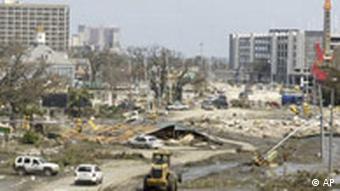 "The US is always ready to help others, but where is the help when we need it? Yes, we are a rich country, and the aid is probably not needed. Still, perhaps the world hates us that much. If so, (when) the next major catastrophe happens elsewhere in the world, the US should just ignore it and perhaps just watch it on TV," DW-WORLD reader Werner Bauder wrote.

Offer of help too late?

Germany has now offered to help, and Chancellor Gerhard Schröder expressed his sympathy for those affected by the disaster, a sentiment he said was shared by the German people. But that is not enough for some US citizens who feel the sharpness of Trittin's words leaves no doubt that Germany is lacking in compassion. 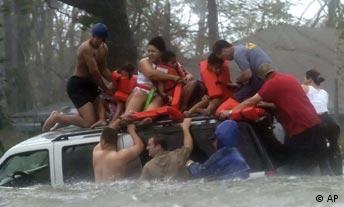 Waiting to be rescued

Many Americans who responded to the environment minister's comments, are also outraged at the suggestion that there is any significant link between the disaster and the US administration's failure to sign the Kyoto climate treaty.

"I think you are blinded by your obsession with conservation," another reader stated. "You fail to see that the increased destruction from hurricanes is also the result of more population living along the coastal regions and thus there are more buildings to be destroyed compared to 100 years ago."

Karsten Voigt, who co-ordinates US-German relations at the Foreign Ministry, told the Washington Post that Trittin's remarks were ill-timed, but defended the substance.

"At this very moment our solidarity and condolences should be at the forefront," he said. "Beyond that it is naturally clear that there will be a discussion at some point about whether the climate change has increased the damage that is related to such hurricanes. In the aftermath, there will be a new debate about origins, causes and solutions." 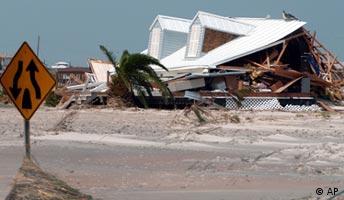 A spokesman for Trittin said he had not intended to be insensitive to those caught up in Katrina, adding that the extent of the hurricane was not known at the time the piece went to press. And although the German government has now pledged to offer its full support to the US in its rescue operations, Trittin has refused to back down from his comments.

German Papers Criticize US Over Katrina

As the sheer extent of destruction of property and lives left behind by hurricane Katrina becomes more apparent, German newspaper editors commented on Thursday that global warming played a key role in the disaster. (Sept. 1, 2005)

While the aftermath of hurricane Katrina has become an election issue in Germany, Chancellor Gerhard Schröder announced Friday he would support releasing oil reserves to ease the situation. (Sept. 2, 2005)