Best-selling US novelist and poet Ursula K. Le Guin has died at the age of 88. Le Guin was famous for creating the Earthsea universe and exploring feminist themes in "The Left Hand of Darkness." 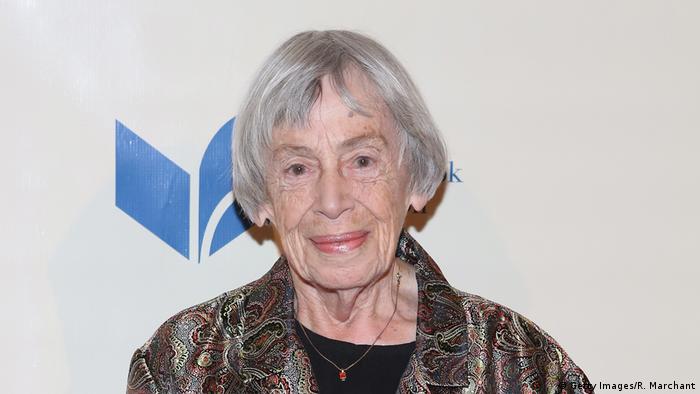 "She left an extraordinary legacy as an artist and as an advocate of peace and critical thinking and fairness, and she was a great mother and wife as well," he said, adding that the American author had been suffering from health problems for several months.

The 88-year-old author was widely considered one of the pillars of fantasy and science fiction genres. Having grown up in California, Le Guin studied literature at Harvard University and Columbia University and experimented with various other genres of prose and poetry.

Her breakthrough novel "The Left Hand of Darkness," published in 1969, challenged gender roles by portraying an alien race with no fixed sex. The book won multiple awards, including the prestigious Hugo and Nebula honors. The late author's next novel in the same fictional universe, "The Dispossessed" (1974), also won the two prominent awards.

Even before that, however, Le Guin started work on her globally popular Earthsea fantasy series. The realm of Earthsea was first featured as setting for her 1964 story "The Word of Unbinding," with the author revisiting it for her fantasy classic "A Wizard of Earthsea" in 1968. The series features five books and nine short stories.

The saga, which was later adapted into a film, tells the story of the sorcerer's apprentice Ged who struggles against evil forces.

She also translated five distinct works of literature, including the Tao Te Ching of Lao Tzu.

One of the first female writers to specialize in science fiction and fantasy, Le Guin is considered a trailblazer for writing about topics traditionally considered as "masculine" subjects. Fighting dragons with sorcery, her characters face conflicts without reverting to the brand of machismo that is typically found in the genre.

Her unique approach attracted fans the world over: Ursula K. Le Guin's books have been translated into over 40 languages, selling millions of copies worldwide.

In addition to her novels, collections of short stories and essays, Le Guin also published more than a dozen books of poetry and 13 children's books.

She is also remembered for her outspoken activism, especially for freedom of speech. Just a year before her death, Le Guin penned a letter to the editor of the "Oregonian," her hometown newspaper, regarding the subject of "alternative facts" and "fake news" in the wake of the Donald Trump's election.

In recent years, Le Guin also warned against over-emphasizing profit to motivate writers and their publishers.

"I really don't want to watch American literature get sold down the river," she said while accepting a honorary National Book Award in 2014.

"We who live by writing and publishing want - and should demand - our fair share of the proceeds. But the name of our beautiful reward is not profit. Its name is freedom."