Upcoming Iran elections after nuclear deal ′may have consequences for years to come′ | Middle East | News and analysis of events in the Arab world | DW | 18.12.2015

The lifting of sanctions is on the horizon, but also parliamentary elections in February 2016. At the same time, Iran is provoking the West with new missile tests. Iran analyst Ali Vaez explains Tehran's strategy. 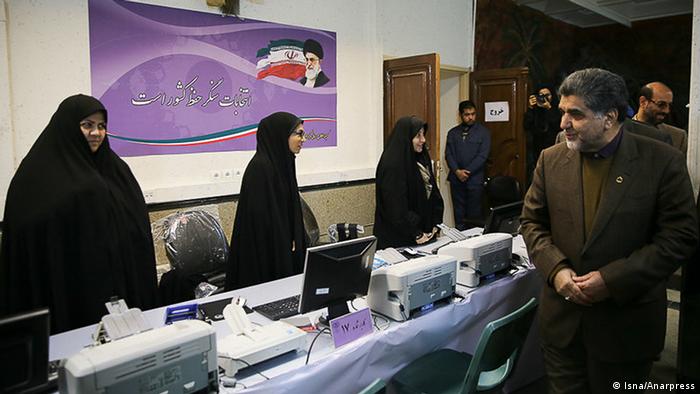 DW: The global nuclear watchdog, the International Atomic Energy Agency (IAEA), just ended its 12-year investigation into concerns that Iran might be developing nuclear weapons. What are the next steps toward lifting international sanctions on Iran?

Ali Vaez: The IAEA has finished its investigation into Iran's past nuclear activities. Now it will focus on the future and on the implementation of the Joint Comprehensive Plan of Action, or JCPOA, which is going to take a lot of resources from the IAEA. For sanctions to be lifted, Iran will have to dismantle about two-thirds of its centrifuges, which are still active. It has to take out the core of its heavy water reactor in Arak and destroy it. It will also have to ship 97% of its stockpile of enriched uranium out of the country, probably part of it to Russia and some parts of it also to Kazakhstan. That process is expected to take about two to three weeks, if not a bit longer. And then the IAEA will have to verify that Iran has indeed completed these steps. At that point, sanctions relief will be triggered. I think a realistic expectation is sometime in late January or even maybe February.

Iran has surprised many by testing a medium-range ballistic missile on October 10, and then again on November 21. Can this move trigger new UN sanctions? 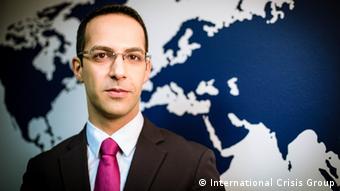 Ali Vaez is the ICG's senior analyst on Iran

Iran's missile tests violate UN Resolution 1929, which was passed in 2010 and banned Iran from conducting short and medium-range ballistic missile tests. That resolution will remain in place until it is replaced by UN Resolution 2231, which will come into effect on the day that the deal implementation starts, once Iran finishes its part of the bargain. So that's probably also happening in February or January. And that resolution does not have a binding requirement for Iran to stop testing ballistic missiles. It only calls upon Iran not to test missiles that are specifically designed to carry nuclear weapons. So not only is it not binding, but the language is designed in an ambiguous way that gives both sides room to maneuver. Risky maneuvering there could provide ammunition for hardliners in Washington and spoilers elsewhere who are seeking to undermine the deal. I think the calculation of the Iranian side at this point is that because the West is eager to see Iran dismantle its nuclear program, it is not going to impose a huge cost on Iran for conducting these missile tests. And the main audience for these tests is domestic audiences, domestic constituencies, to which the Iranian government wants to demonstrate that it has not compromised on the nuclear path from a position of weakness and has not endangered the country's national security. It also wants to send a signal to regional rivals that the compromise with the West does not mean that Iran could be pushed over on other important strategic issues in the region.

Since these missile tests probably won't delay the easing of the sanctions in late January, how will this change the Islamic Republic?

Iran is the most sanctioned country in the world, and the nuclear deal will turn Iran into the most monitored country in the world. And in return, the world will roll back the sanctions regime. Without any doubts, Iran is going to benefit from the lifting of sanctions. The International Monetary Fund (IMF) predicts that Iran's GDP growth will go from around 0% this year to about 6 or 7% next year. All the same, I think the economic benefits of lifting the sanctions are probably not going to reach anything near the level of expectations in Iran. A lot of companies will still be reluctant to re-engage in the Iranian market, and there are also a lot of structural problems in the Iranian economy that basically dampen the effect of sanctions relief. But at the end of the day, Iran is going to benefit economically from this agreement, and the West has an interest in ensuring that it does. Otherwise, Iran will not have an incentive to uphold its end of the bargain.

The second point one should take into consideration is that this great unshackling could be pretty disruptive for Iran. The economic opening-up is provoking fears in some quarters that it could also lead to political liberalization. And that could weaken the grip that many powerful actors in the country acquired on the leaders during the sanctions era. There are also a lot of vested interests in the sanctions economy. And there are many influential players, such as the Revolutionary Guards, who are concerned that the economic opening-up could come at their expense or who at least want to make sure that they are the principal beneficiaries of it. And that will result in a lot of political struggles inside the country. That's why I predict that the economic situation will get slightly worse before it gets better, primarily because of the low oil prices and stagnant demand. But the political situation will get worse before it gets even worse. And the reason for that is partly these economic struggles that I mentioned and also partly the upcoming elections in Iran, which are very high-stake. 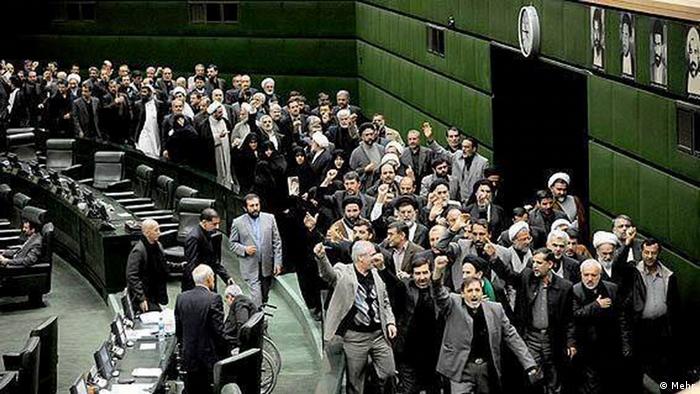 The Assembly of Experts is in charge of selecting the supreme leader's successor. Given the fact that Ayatollah Khamenei is 76 years old, and the term of the Assembly of Experts is eight years, the incoming Assembly might well be the one that will choose the person who follows him in the office. And the Iranian political system is designed in such a way that the supreme leader plays an outsized role in determining the country's fate. So the upcoming election of the Assembly of Experts is probably one of the most consequential and important in the history of the Islamic Republic. But the parliamentary election is also quite important, because it will set the stage for the presidential election in 2017. The reality is: if President Rouhani and his allies gain the upper hand in the parliamentary elections, they will be in a better position to challenge other power centers and push forward their agenda. But if the opposite happens, President Rouhani could become a lame duck for the rest of his term in office and might even lose the presidential election. These elections are not only a struggle over the political spoils of the nuclear deal, and because of their long-term consequences, they really go beyond the petty politics of the short run. They might very well have consequences that will be felt in Iran for many years to come. It is really the question of whose vision for the Islamic Republic will eventually prevail.

Saudi Arabia just managed to bind 34 countries together in a coalition against terrorism. It seems to be a rather Sunni-dominated coalition. How much should Tehran worry about that new coalition?

I don't think that Tehran takes that new coalition seriously. This is because over the past few years, one has seen that these coalitions are more a formality than real alliances that would result in the encirclement of Iran. The countries involved all pursue different interests, and there is very little overlap between them. They have never managed to put in place a very coherent system regarding command and control, either. This is much the same in the case of the alliance of 60 countries led by the US in the fight against "Islamic State." In fact, it is really just the US that has been very active, while other countries have been reluctant to join in. Or the case of the Saudi-led coalition in the Yemen war, which again is more or less a one-man show. This current alliance does not sound like a serious venture, especially in consideration of the way that it came about: at a meeting which was without leaders or heads of states, or even high-level participation. And, at the end of the day, the way that Iran has managed to project its power in the region has always been by asymmetrical means, and not through grand alliances. I think it is not a significant threat to Iran. But the solution for the region is certainly not a Shiite crescent versus a Sunni alliance, but a system of common security architecture in which everybody can see their interests being protected.

Ali Vaez is the International Crisis Group's senior analyst on Iran. Before joining the Crisis Group, he headed the Iran project at the Federation of American Scientists in Washington DC, focusing on Iran’s nuclear and missile programs.

Opinion: Keep out! No more tourist visas for Russians during wartime