Violent people are often the product of violent surroundings. But genetics can play a role, too. Traumatic experience can be passed down from generation to generation — and manifest itself in violent outbreaks. 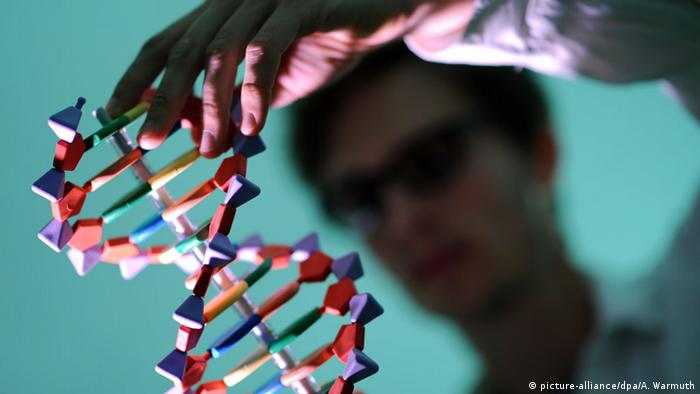 He was an unwanted child. His parents never referred to him by his name but addressed him with insults instead. When he was a boy he was set on hot stove plates or forced to sleep outside in the winter as punishment. Later, he drank heavily, got into fights and landed in prison repeatedly.

That is where he met psychologist Rita Demmerling when he was in his early 40s. She was working with violent prisoners at the time. Now she is a psychologist at the JVA Bielefeld-Senne prison's halfway house. She says the man's biography reads like a template for many violent offenders.

"With most violent males the father was either absent during upbringing or was violent himself. In most such cases the mother is often emotionally distant toward the child," says Demmerling. No one would doubt that violence experienced as a child can lead to violent behavior as a teenager or adult. But things are not quite that simple. "There are a number of factors that make violent criminals violent," says Demmerling.

One such factor is genetics, or more precisely, epigenetics.

Genetic code, or DNA — often illustrated as a spiraling double helix — is not changed by epigenetics. "It's like the hardware in a computer," explains Isabelle Mansuy, a professor of neuroepigenetics at the University and ETH of Zurich, where she studies how experiences and lifestyle affect epigenetics and are thus passed on to following generations.

Processes are described as epigenetic if they change the function of genetic code. Mansuy likens epigenetics to computer software. In the end, it is the software that dictates what hardware elements are activated. "The genetic code, the hardware, is useless without epigenetic factors," she says. 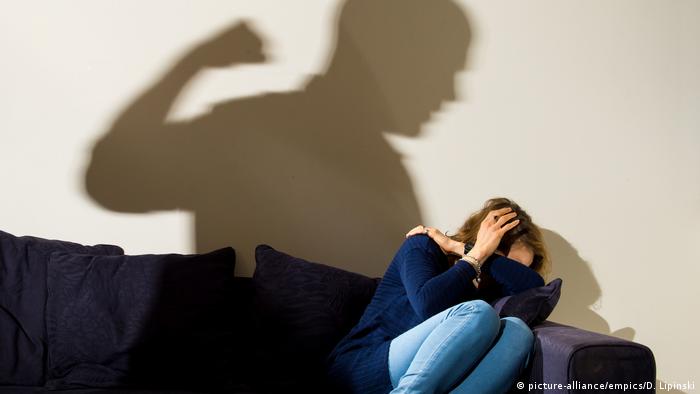 Traumatic experiences or violence modify our DNA. But something else happens as well: The modifications of DNA that result from such experiences can be passed on genetically. Mansuy has been able to prove that fact through experiments with mice. In those experiments, she repeatedly separated baby mice from their mothers for several hours at a time. The situation was extremely stressful for the animals, resulting in lasting trauma. Maladjusted adult mice were the result of that experience — so far, nothing unexpected.

Maladjusted despite a normal upbringing

What was notable, however, was the fact that the offspring of those mice were also maladjusted, despite having had a normal upbringing. Mansuy was subsequently able to identify epigenetic changes in sperm cells that the animals passed on to their progeny.

Thomas Elbert, a professor emeritus of clinical psychology and neuropsychology at the University of Constance, has researched the effect that trauma has on the human psyche. As part of his research he has conducted a number of field studies in crisis zones and has done much work with child soldiers. He also used what he knew about epigenetics as part of that research.

In 2017, Elbert and his research colleagues published a study that showed trauma experienced by a pregnant woman was still identifiable in her grandchildren. DNA methylation had transported that stress over generations even though neither the children nor grandchildren had experienced trauma. Do Mansuy and Elbert's findings prove that maladjusted adults were actually born into the world that way and are therefore more likely to become criminals? No, say the researchers. They agree with psychologist Demmerling's claim that a number of factors must converge for a child to grow up into a violent adult.

Epigenetics is important, but it isn't everything

Nevertheless, an unfavorable epigenetic matrix can also increase the potential for violence or a predestination to fight, says Elbert. "If a mother experiences life-threatening stress during pregnancy she passes that information on to her child, signaling it to be aware that it is being born into a threatening environment — essentially telling it to shut down other parts of its genetic code," he explained. This process shifts the child's stress axis, says Elbert: "They are much more likely to switch into attack, defense or flight mode." This makes sense in regions that are prone to conflict and war, he adds.

Nevertheless, the researchers offer calming words for those who find the thought of "genetically predetermined violent behavior" unsettling. Epigenetic modifications can be changed at any time. Nothing is fixed. They say that psychotherapy is a good way to reprogram epigenetic make up, calling it something akin to a software update.

'It's genetic' does not hold

Those who know their epigenetic disposition are not beholden to it but rather have the possibility to counter it, says Elbert: "If I know that my stress axis is shifted in such a way that I am more likely to act out violently I can learn how to control that impulse."

The inmate that prison psychologist Demmerling worked with was able to control his violent tendencies to the point that he no longer injured others. During his therapy sessions he developed a close relationship with those he was working with. "He kind of adopted us as replacement parents and experienced caring and attentive people for the first time in his life," Demmerling says.