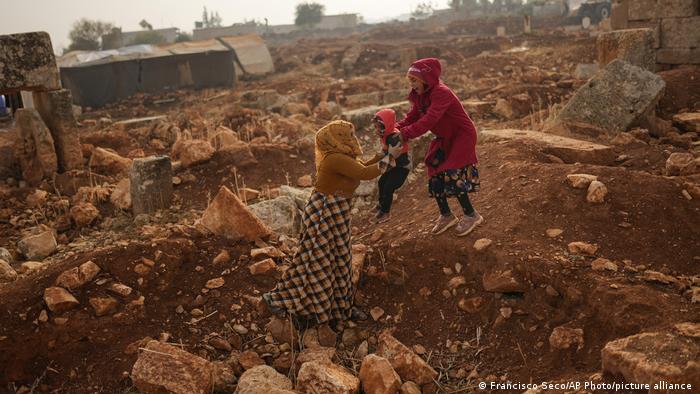 The amount of children trying to flee conflict, violence and other crises is the highest on record, the United Nations Children's Fund (UNICEF) said on Friday.

The organization said in a statement that 36.5 million children were forced from their homes by the end of 2021.

The children's organization said that  the record numbers were a "direct result of cascading crises — including acute and protracted conflicts such as in Afghanistan, fragility in countries like the Democratic Republic of Congo or Yemen."

The organization's executive director Catherine Russell said: "I hope this alarming number will move governments to prevent children from being displaced in the first place — and when they are displaced, to ensure their access to education, protection, and other critical services that support their wellbeing and development now and in the future."

UNICEF says the worldwide refugee population has more than doubled over the past decade, with children comprising nearly half. More than a third of displaced children are in sub-Saharan Africa (3.9 million or 36%), a quarter in Europe and Central Asia (2.6 million or 25%) and 13% (1.4 million) in the Middle East and North Africa.

Children who have been forced to leave their homes face serious risks to well-being and safety, UNICEF said. Hundreds of thousands of unaccompanied or separated children are exposed to trafficking, exploitation, violence and abuse. Of detected human trafficking victims worldwide, children account for 34%.

Call for governments to take action

UNICEF urged UN member states to stick to their commitments when it comes to upholding the rights of children who have been uprooted, and called for a number of measures.

These include equal support for all children irrespective of where they came from; recognition of refugee, migrant and displaced children as children first and foremost; and ensuring access to essential services including health care and education.

Bringing an end to border management practices deemed harmful and ending child immigration detention were also among the steps called for.