The projected number of children expected to suffer has skyrocketed, doubling since January of this year. The country's combination of drought, dislocation, and disease is proving fatal for children. 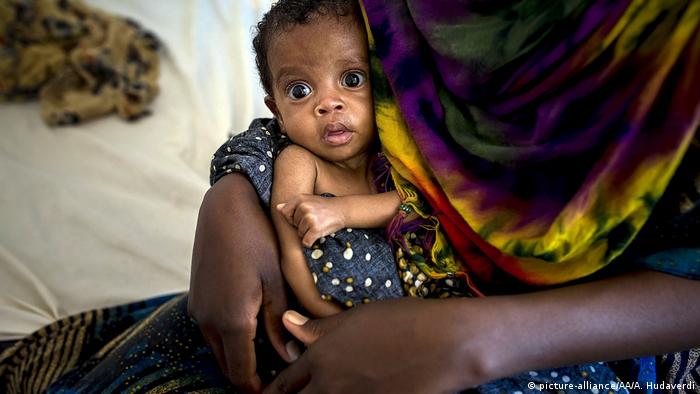 The UN Children's Fund (UNICEF) announced in a statement on Tuesday that the number of children projected to suffer from acute malnutrition in Somalia during 2017 increased by 50 percent since initial estimates at the beginning of this year.

Of the 1.4 million children now at risk, about 275,000 could face a life-threatening severe acute form of malnutrition. These children are nine times more likely to die of cholera, measles or diarrhea.

"The combination is deadly for children," Marixie Mercado, a UNICEF spokeswoman, said at a news conference.

According to UNICEF, the agency has 837 nutritional centers in the east African country where it provides aid to severely malnourished children.

"Together with our partners, we have already treated over 56,000 severely malnourished children this year," the UNICEF representative for Somalia Steven Lauwerier said, an increase of 88 percent in comparison to 2016.

In acknowledgement of the sharply increasing numbers, Lauwerier added, "We must do much more and be faster in order to save lives."

UNICEF currently has no figure for the total number of Somali children who have perished from hunger and disease. However, during Somalia's famine in 2011, about 130,000 young children died.

Since November 2016, around 615,000 Somali individuals, mostly women and children, have been forced to flee their homes due to a severe drought. Many face sexual assault and robbery while in flight, and some children are recruited as child soldiers to flight for the terror group al-Shabab.

Additionally, UNICEF reported that more than 40,000 children have been forced to abandon their schooling to search for food and water in order to survive.

For individuals who end up in relief camps, the danger is far from over as the overcrowded camps have experienced a rise in malaria and cholera outbreaks.

Rain brings both relief and danger

Gradual relief could come from Somalia's rainy season, the "Gu," which typically begins in April. However, the rains could also endanger displaced individuals living in temporary structures.

Somalia has been battling a two-year long drought, putting some six million individuals in need of assistance, or nearly half the country's population of around 11 million. Government aid is limited due to al-Shabab's de facto control of many of the country's rural areas. 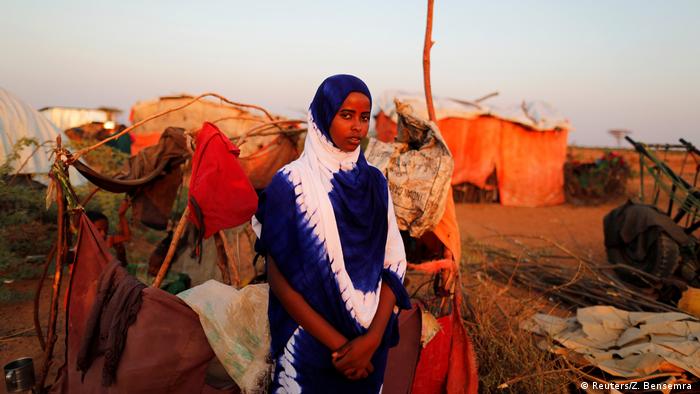