'Unfortunately we are ruled by a tribe'

Leading Bahraini human rights activist Nabeel Rajab served two years in prison for his involvement in prodemocracy protest marches. He talks to DW about his experience - and his unbroken resolve. 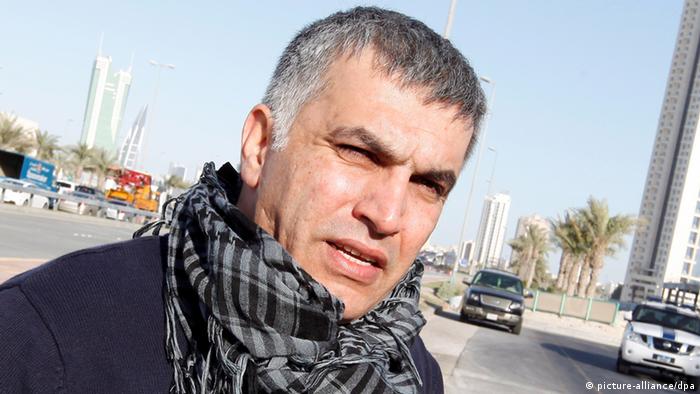 DW: You were imprisoned for two years on charges relating to your participation in "unauthorized" protest marches. Can you tell me about your experience inside?

Nabeel Rajab: Ninety percent of people in prison in Bahrain are there because of the political situation, and the authorities were afraid I would influence them and create an awareness of human rights, so they disconnected me. For two years they kept me in a separate flat with an average of three or four people who mostly didn't speak my language. They didn't want me to mix with the other prisoners during break time or lunch time.

When I had to go to hospital in the jail, they even emptied the clinic. It was very important for them that I didn't see anybody and that nobody saw me.

When I spoke to my family on the telephone, I was not allowed to talk about the human rights or the political situation. One time my wife mentioned the United Nations and they put me in solitary confinement and tortured me.

How did your time in prison change you - did it strengthen your commitment to human rights in Bahrain?

Two years makes you angry, and there are two ways of fighting that anger. Either through violence, or through a peaceful struggle with the international human rights community - and that is what I choose. As a victim of regime repression, a victim of political institutions that don't respect human rights, I am committed to the fight to change things. 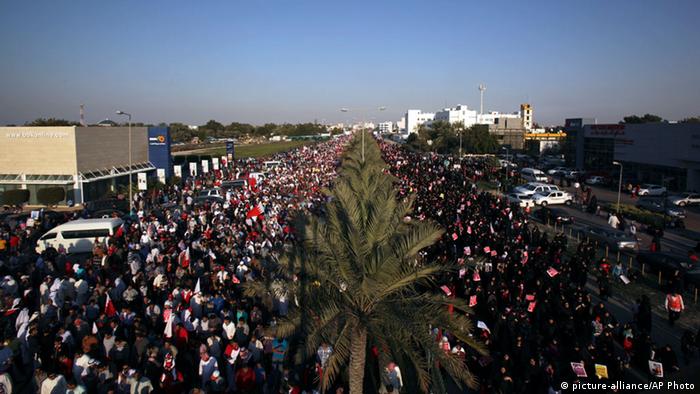 Pro-democracy protests are staged on a regular basis in Bahrain, and attended by up to a quarter of the island state's population

Where do you go from there?

I don't know what's going to happen tomorrow, but I'm sure our struggle is going to continue, and that we will use all peaceful means, all legitimate means recognized by the international community. We do not believe in the use of violence. Everyone knows the fight is costly and painful, but Bahrainis are willing to continue, and to pay the price. Stopping or going back is not an option.

How has the human rights situation changed in the two years you were in detention?

Every international media outlet covers 20,000 people protesting in Ukraine, but when 200,000 in a country of just 700,000 take to the streets, it is not reported. And that is very disappointing. We are marginalized in the media at a regional and international level.

Western governments keep talking about democracy and human rights in countries such as Syria and Iran, but when it comes to the rich Gulf countries, they ignore our struggle. Even their media ignores our struggle.

That should not continue. Civilized nations have to react, because ignoring our situation makes people feel a sense of hopelessness and that will lead to the creation of extremist groups. 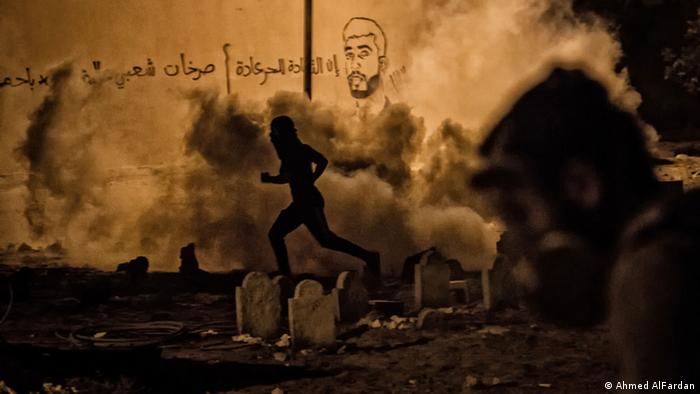 How would you like to see Western governments act?

In the same way they act in other countries. They should have one language and one standpoint, whether on Iran, Syria, Iraq or China. They should be straightforward with all governments, no matter how rich they are or what business they do. Otherwise they lose credibility - which is what is happening now.

The unrest in Bahrain is often portrayed as sectarian. Is that how you see things?

I come from a mixed family and our revolt is against the ruling family that wants to keep all the power. We are struggling to share this power. Seventy percent of our government is from one family, we have had the same prime minister for more than 40 years. This system can't continue. It is time for democracy, justice and human rights. We are a civilized, educated nation. But unfortunately we happen to be ruled by a tribe.

As a court allows a Bahraini refugee to challenge Prince Nasser bin Hamad Al Khalifa's immunity from prosecution, DW asks if the arm of British law is long enough to prevent torture in the tiny Gulf kingdom. (17.05.2014)

German Vice Chancellor Sigmar Gabriel defied Angela Merkel by refusing to sanction the sale of battle tanks to Saudi Arabia. But this is just a minor corrective for one of the world's major arms exporters. (16.04.2014)