UNESCO has vowed to mobilize different international organizations to halt the destruction of shrines in Timbuktu by Islamist group Ansar Dine.They say the shrines are idolatrous. 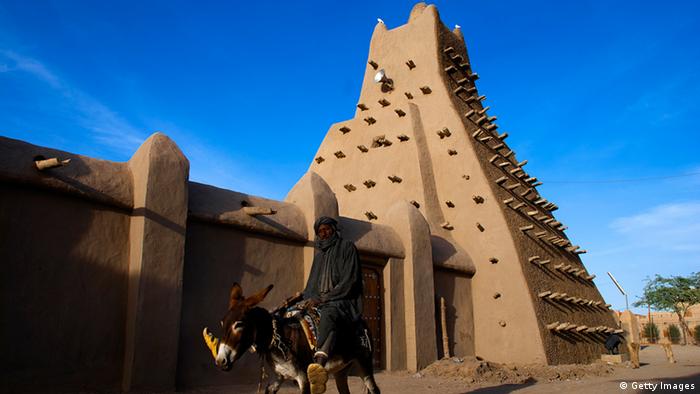 Members of Mali's Islamist rebel group Ansar Dine smashed the entrance of a 15th century Timbuktu mosque on Monday, escalating a campaign of destruction of the city's cultural treasures, despite threats of prosecution for war crimes by the International Criminal Court. The rebels claim the shrines involve the worship of idols. They have therefore threatened to destroy any mosques housing the remains of the ancient saints. There has been an outcry from the government and the international community. For further details on the destruction in Timbuktu, DW spoke to Francesco Bandarin, UNESCO'S Assistant Director-General for Culture.

DW: What can you tell us about this destruction so far?

Francesco Bandarin: This group is clearly violating all possible laws - International law, national law, moral law. It's a group of outlaws that is doing destruction for sectarian reasons and with no relationship to anybody, no connection to Islamic principles, no connection to any governmental or non-governmental organization. They are essentially a group of terrorists. And they are doing exactly what other terrorists did in the past. These actions are against culture, they constitute crime against culture, and they are now being declared by the International Criminal Court to be war crimes.

Is there anything that UNESCO could do to stop this happening? 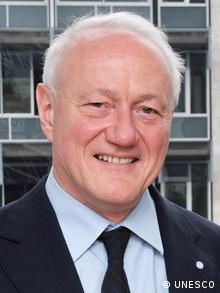 Of course we are at the moment unable to intervene on the spot, because the city is now in the hands of an armed group and not even the government of Mali is able to intervene, let alone an international organization which doesn't have troops on the ground. All we are doing at the moment is launching an appeal so that everybody who is motivated, interested and able to support our action will support it. We are trying to mobilize many other international organizations both from the UN system and outside the UN. And so the appeal machine is in full motion.

Do you think this could be a war crime?

It is, and it has been declared so by the chief prosecutor of the International Criminal Court. In effect there is an article called Article 8 of the Rome Treaty, the treaty that established the International Criminal Court. It talks specifically about destruction of heritage. So we are in a zone of international criminal law which is clearly determined; they are violating this law and they are subject to prosecution. Mali is a signatory of this treaty, they will be prosecuted.

Is UNESCO talking legal action against the perpetrators?

This is the mandate of the International Criminal Court, they can do it. And of course we will be called as witnesses and we will provide the technical information whenever we will be called upon. So we mobilize international treaties, we have two treaties in particular that can help in this situation. The treaty fighting against traffic of this kind of stolen objects. All countries surrounding Mali have been mobilized, Interpol has a database and they can try to intercept if possible stolen objects. And then we have the treaty for the protection of cultural heritage in the event of armed conflict in which of course Mali is involved.

Despite international condemnation, Islamic militants in Mali continue to destroy historic sites in the city of Timbuktu. The International Criminal Court has described the destruction as a war crime. (02.07.2012)

Al Qaeda-linked Ansar Dine rebels have smashed in the door of a world heritage site mosque in Timbuktu, Mali amidst international condemnation. It comes after the group destroyed several other monuments over the weekend. (02.07.2012)

Sacred Sufi Muslim sites in the city of Timbuktu have come under attack for a second day by an al Qaeda-linked militant group . Mali's government has called on the United Nations to take action. (01.07.2012)