Unemployed youth turn their backs on Spain | Europe | News and current affairs from around the continent | DW | 01.04.2013

Frustrated by a lack of opportunities at home, Spanish youth are leaving in droves. More than 280,000 left last year alone in the hope of finding jobs in countries such as Germany, Britain, Argentina and Venezuela. 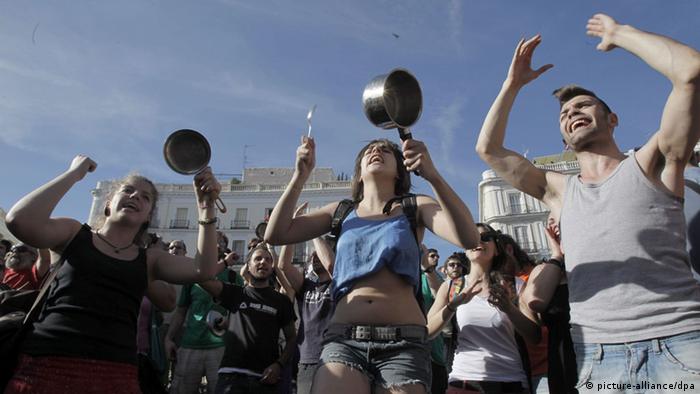 It was a small sign tucked in the corner of a pizzeria in Barcelona that got David Garcia Jurado all excited. After months of job hunting, "help wanted" was exactly the kind of sign he was looking for. David, who speaks three languages and has a master's degree in financial management, sent in his resume, anxiously hoping to hear back.

The waiter job became just another one of the more than 800 jobs David has applied for in the past year. "They don't call you - they just don't call you," the 30-year-old said. Sometimes he doubts that the companies actually intend to hire people.

Well-dressed and confident, David once dreamed of working in international relations. His face hardens as he explains that these days he would be willing to take any job to ease the monotony of unemployment.

"It's frustrating. It's boring when you wake up every morning and you don't know what to do," he said. "You try to study a little bit, study languages or try to learn how to use new IT programs, but you know that the next day is going to be the same." 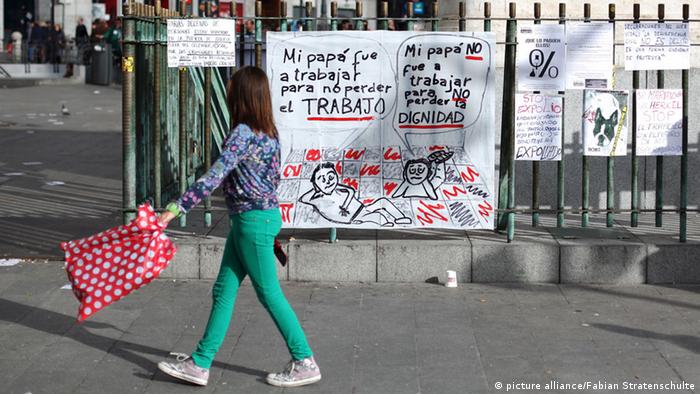 In the poster, two children discuss their dads' work in terms of job loss vs. dignity

He says he has started to doubt himself, too, feeling "useless" and without the right skill set.

With 26 percent of Spaniards out of work, David is just one of millions of people across the country whose work week consists of sitting at home and scouring jobs ads.

Many of the unemployed share a similar profile: They are fresh out of school or university and send out resumes by the dozen, hoping an employer will take a chance on them.

"At first it was very difficult to imagine why they didn't call me," David said. "I have all the [necessary] qualifications and I'm very motivated to work hard."

He realized after some months that - despite trying a great many things - "there is no way to do something or to work in Spain."

That's why David has decided to give up.

David Garcia Jurado is turning his back on Spain.

Come this spring, he'll cram everything he owns into two suitcases, leave behind his girlfriend of six years and board a plane to Canada.

"This is a pity - for the country, for young people and for our parents, but this is the only possible solution," David said. He chose Canada because "I think it's a country full of opportunities." According to him, young Spaniards nowadays only stand a chance when going abroad.

The trend has spawned dozens of blogs and online forums where people share personal experiences of going abroad. They give tips on getting visas and share videos offering a glimpse of daily life in Holland for young Spanish migrants. 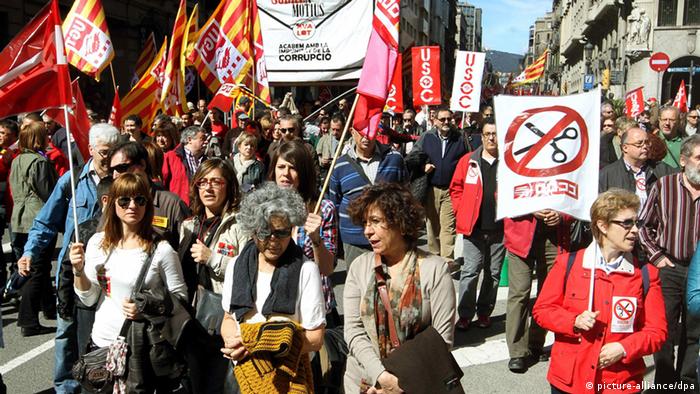 Spaniards took to the streets, voicing their anger over budget cuts and unemployment rates

These are the tools of a trend that shows no sign of slowing. A recent poll found that nearly 70 percent of young people in Spain are eyeing opportunities in other countries.

That view is echoed by Gayle Allard, an economist with the Instituto de Empresas in Madrid. "Almost every family you talk to, it seems like they've got a child abroad, somewhere," she said.

As Spain's politicians wrestle with record unemployment, corruption allegations and daily protests against austerity measures, she says creating jobs for youth has fallen off their to-do list.

"The key resource for a country is always its people. That's the bottom line," she said. Spain she feels, has failed to lay the groundwork for people's careers - that despite educating its citizens well, the country hasn't managed to provide any opportunities for the young. Instead, Spanish politicians have quietly stood by as many of the nation's best and brightest leave with skills and talents that could help Spain fight the crisis.

Naturally, it's those with a high level of skills who have a chance of making it abroad, Allard added.

Low-skilled Spaniards often return when they realize they have failed to make a living abroad. Allard recalls a Spanish TV show that follows Spaniards who go abroad. One episode discussed Norway's employment market and how high salaries are.

"I read afterwards that lots of unqualified Spaniards decided, 'Okay I'm taking my savings, I'm getting a ticket and going to Norway.' They didn't even have a CV in English. So a lot of them ended up on the street."

But Allard and many others in the country are quick to point out that the youth migration, or "brain drain," isn't necessarily bad news.

"There's a good side to that. Maybe instead of a brain drain we could think of it as sort of a brain train," she said. If they love their country they might choose to return someday - and will have learned a language or two, in addition to lots of experience in companies abroad.

The flipside is that these young people may not come back at all. Instead, they might pledge their loyalty to the country that gave them their first break. 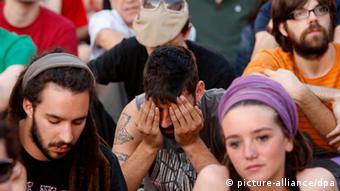 Most young people in Spain don't even get the chance to prove themselves, David says

For those who remain in Spain, however, frustrations are mounting.

"I think there will be a rebellion among young people because they really can't get started on their lives until they're well until their 30s," Allard said.

As 30-year-old David reflects on his job search of the past year, one word comes up quite frequently: "opportunity." It's something he feels his home country has failed to give him.

Besides prayer and charity, nuns at a Spanish convent run a side business selling candied almonds. A Spanish city's decision to tax those operations has called Spain's relationship to the Church into question. (30.03.2013)