When a Portuguese paper wrote that a German town was looking for skilled workers, 15,000 people applied. A year on, an engineer who took one of those jobs is still struggling to learn German, but says he's staying. 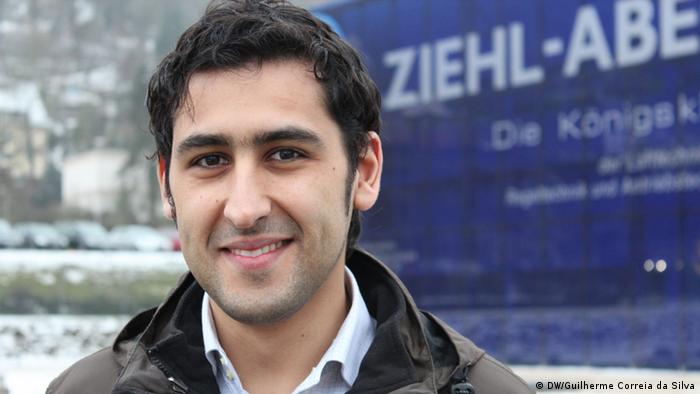 Pedro Santos is still trying to get used to the schedule at the new house he lives in. At the entrance to the building, there is a schedule with all the residents' names, along with the chores they're supposed to do, like cleaning the stairs and hallways or sweeping the snow from the doorstep.

The schedule was a bit of a culture shock for 29-year old Santos from Portugal. He came to Germany last September to work as an engineer. An even bigger challenge, however, has been speaking German.

"German is a difficult language. I can already say simple things. I can understand more than I can speak. But I knew what I was coming for and I want to learn the language because you have to be 100-percent integrated," Santos told DW.

Step by step he's incorporating German into his everyday life. He watches German television programs and when he goes out he tries to speak German with the locals. A year ago, Santos never could have imagined that he would now be living here in Germany. It was a newspaper article in a Portuguese newspaper that got the ball rolling.

"I read an article about Schwäbisch Hall, a town in Germany that was recruiting mechanical and electrical engineers," recalled Santos." So I just thought, Why not? I always wanted to go abroad - especially to a European country."

Schwäbisch Hall, a town of under 40,000 people in southern Germany, is aging quickly and was struggling to find qualified workers. So the city organized a campaign and invited journalists from the European countries that were suffering from the economic crisis: Greece, Spain and Portugal.

The article published by a Portuguese newspaper had a tremendous impact. The author described Schwäbisch Hall as a town where "jobs were running after people." She said there were even opportunities for those that couldn't speak German and an engineer could earn a salary of 6,000 to 8,000 thousand euros ($7,800 to $10,300) a month before taxes. 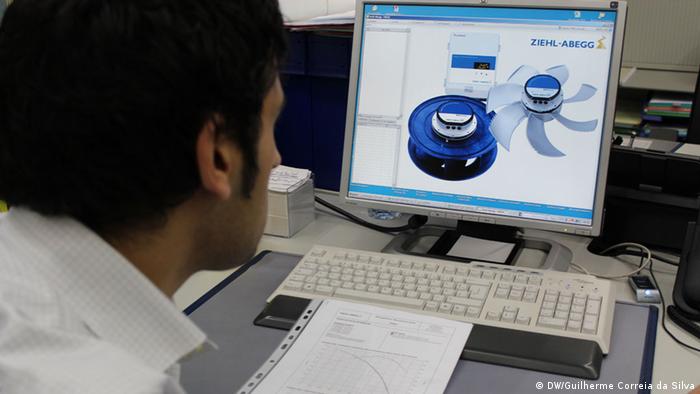 Pedro Santos has fulfilled his dream of working abroad

More than 15,000 people sent an e-mail to the city's employment agency asking for a job. Santos also tried his luck, even though he already had a job back in Portugal, unlike many young people his age.

"First they said they needed some time to process all those applications. But eventually they told me they couldn't give me a job because they preferred people who spoke German," said Santos.

Only four percent of the 15,000 applicants knew some German, according to the employment agency. But the article also contained a list of companies that were searching for people. Santos found one that looked suitable in a town called Künzelsau and gave it a try. This time it worked out.

"They asked me to come here to do a job interview and to get to know the company. And after we cleared some contract details I made a decision to come and work here. I always wanted to have an international career and now that has happened," said Santos.

Now Santos is now working on the fourth floor in the main office of Ziehl-Abegg, a German company that builds electrical ventilators and motors. He's one of two Portuguese workers who joined the company after the article was published in Portugal. That's just a tiny percentage of all the applications Ziehl-Abegg received from Portugal: 800 in the first night alone and 1,500 in total.

"Our colleague who does the international recruiting had to work during the weekend and do extra hours every evening," remembered Ziehl-Abegg spokesman Rainer Grill. "The human resources department said we were going to look at every application like we had before." 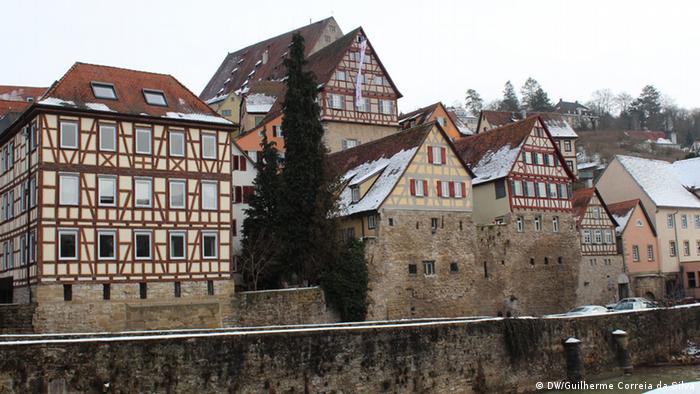 Instead of a coastline, Schwäbisch Hall boasts half-timbered houses

Santos's application stood out. He had the right profile, Grill says. Most of the others didn't.

"In Portugal, Santos was dealing with the question of how to better acclimatize a building. He brings us the ideal knowledge we need, to optimize our ventilators and make them better.

Because his technical profile fits 100 percent, the language requirements were not so important," according to Grill.

However, Santos feels strongly that he needs to learn the language. It's hard to live in a small town speaking little German, he says. In that sense, life here in Germany doesn't line up with the rosy image the newspaper article had painted.

"I work in a small town. And there aren't thousands of jobs waiting here in this region. Unlike what the article said, they aren't in desperate need of engineers," he said. "Besides, generally speaking, if you want to live or work here in Germany, you have to learn the language."

Pedro doesn't want to go back to Portugal, though, except for vacations. He plans to stay in Germany at least for the next five years. Before he would return permanently, things would have to change dramatically in Portugal and the 16.9-percent unemployment rate would have to go down considerably.

"But above all, the politics have to change. Portugal has to promote what he can do well. We need to produce and to export our own goods," said Santos.

In the meantime, Santos and his wife, who accompanied him to Germany, miss two things most of all: "We miss the ocean and the fish. Otherwise, we enjoy living here."

The Portuguese government has announced it will have more time to reduce its public deficit to levels accepted under European Union rules. International lenders are willing to pay out the next tranche in bailout funds. (15.03.2013)

Temporary work is booming in Germany. Almost two percent of all employees are temps rented by agencies to other companies to meet peaks in demand without hiring new staff. But conditions are bad in some agencies. (07.03.2013)

EU leaders have agreed a scheme to fight debilitating youth unemployment in the 27-member bloc. Resources allocated to the program are to be used to organize job and apprenticeship offers. (28.02.2013)

The European financial crisis is reversing old migration paths. Many Brazilians are now moving out of Portugal and back to their home country. (07.02.2013)

Listen to the report by Guilherme Correia da Silva

A consortium plans to transform the French overseas territory Reunion Island into one of the world's digital hubs. That could help bring down local unemployment.

Ahead of Kenya's general election, politicians have been working hard to win the youth vote. But many young people have stopped believing in politicians' promises and plan to stay away from the ballot.

Farm laborers from Asia flock to the European country known for its booming agricultural exports. The workers are often brought by gangs of traffickers and are forced to endure inhumane living conditions.