The discovery of files in Washington has provided fresh insight into a perennially controversial issue: the Nazi Wehrmacht, its self-image and its war crimes. DW talked to historian Felix Römer about his findings. 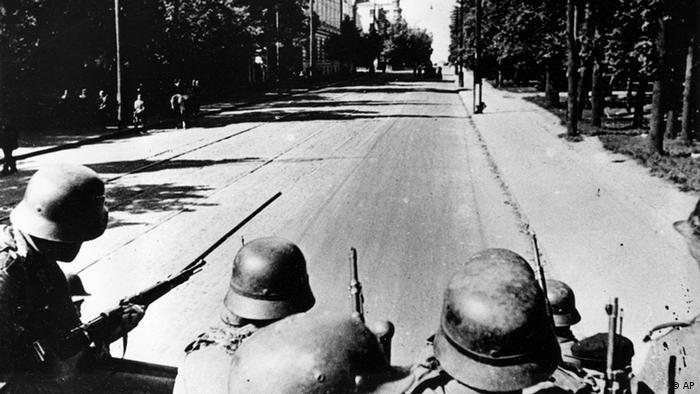 DW: The Wehrmacht and the war of extermination instigated and led by the National Socialists - 67 years after the end of the Second World War, one would think that research on the issue has been exhausted. But that is obviously not the case. You discovered and investigated files and documents in the US, which people here knew nothing about.

Felix Römer: There is a large tranche of files, which we knew nothing about until now, from a listening station close to Washington called Fort Hunt. The US military intelligence service interned around 3,000 Wehrmacht soldiers there between 1942 and 1945, kept them under observation, and secretly recorded them in their cells using hidden microphones. A vast swath of files containing over 102,000 pages of transcripts and examination reports was produced. It is a massive boost for research into the mentality of the Wehrmacht, since here you can hear Wehrmacht soldiers speak in their original tone - and about every topic imaginable.

The documents lay - accessible, but ignored for the most part - since the 1970s in the US National Archives. How does one approach them as a historian today? How did you unlock this substantial amount of material? 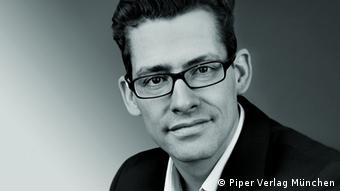 It was only possible now due to generous support from the Fritz Thyssen Foundation and the Gerda Henkel Foundation. That made it possible to create an entire research team charged with combing and evaluating the files. First of all, we entered the 102,000 pages from Fort Hunt - which were my responsibility - into databases and then the job was to critically read and evaluate the sources. It took us many years. But there was no other way to read these documents.

What type of soldiers, officers, captains were they? Were they just ordinary men or fanatical and brutal Nazi perpetrators?

When you say that not every Wehrmacht soldier was a fanatical National Socialist, does that not decrease the level of blame that these people have been apportioned?

It's not about placing blame here, but about analyzing the soldiers' actions. It's about how a military machine functioned. We want to better understand it. In the past, research approaches were in part too one-sided, especially the interpretation that every single soldier perpetrated war crimes because he was a staunch National Socialist. But with that, the social dynamics, which are extremely important in an army, were forgotten. We also see in the transcripts that soldiers often perpetrated crimes and then thought about the sense in them after the fact. In many cases, they simply did what all the others had done.

Was it a certain situation, peer pressure even, that drove soldiers to commit the most horrific of crimes?

Exactly. These social and circumstantial pressures come much more to the fore in the transcripts. They build the framework for actions taken during the war. However, the soldiers could behave differently within this framework. The individual's intent and individual responsibility come into play here. 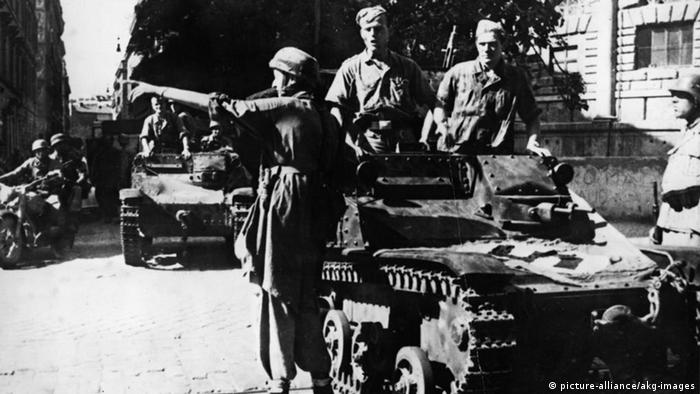 Peer pressure and indoctrination: the Wehrmacht in Rome in 1943

For a long time the assumption of a "clean Wehrmacht" held weight. In Germany, this myth was put to rest as late as 1995 with an exhibition on the topic. Did you also look into this myth?

The transcripts from Fort Hunt confirm a lot of what we already knew from existing research into the Wehrmacht concerning war crimes. But they are not suitable for quantifying the acts or the extent of the crimes. They just show how the soldiers talked about them. The value of the documents lies above all in their depiction of how soldiers viewed war crimes, how they thought about them. There we can add new facets to existing research and show how arbitrarily these soldiers experience violence and what they thought about it.

An especially interesting aspect is the perspective of Wehrmacht soldiers on the Holocaust. There it is confirmed that the majority of soldiers knew very well and had heard rumors - in principle, everyone could have known about it who wanted to know. But it also shows that the Holocaust was not popular within the army. However the war crimes are not the issue that we can read in relation to this. The transcripts illustrate a broad range of life in the Wehrmacht and make possible such a detailed picture of the mentality of this army.

Did you actually find a significant proportion of voices expressing dissent and critique, which the soldiers themselves participated?

Yes, there are a significant number of those voices. These views are particularly numerous in relation to the Holocaust. Many soldiers, discussing the genocide of the Jewish people, express criticism and reject it. It is actually often soldiers who were not perpetrators themselves, but who had just heard about it. But those who were directly involved tend to take a different view. With them there is more the need to justify their actions after the fact, and to maintain a positive self-image. This type of reaction is part of the automatism of violence.

Time and time again after the war, former members of the Wehrmacht plead that they were only obeying orders. Is that an argument that you found in the transcripts?

No, that only appears very rarely in our sources. Other things were much more important to the soldiers: their social circle, the group, their comrades, their leaders. They wanted to prove themselves to these people. The military value system plays its part, the militant ethos of the Wehrmacht. The soldiers wanted to be good soldiers, do a good job, win medals, fulfill their duties. They are motives that one regularly hears, that have nothing to do with simply obeying orders but with their understanding of their role as Wehrmacht soldiers. But the identification with these military values was very individual, that is one of the central themes of my study.

Felix Römer, 34, is a historian at the German Historical Institute in London. His book based on the transcripts from Fort Hunt, "Kamaraden - Die Wehrmacht von innen" (Comrades - the Wehrmacht from the Inside), is published by Piper.

German-Russian relations are not exactly amicable at the moment. But a new Berlin exhibition shows that over the past 1,000 years Germany and Russia were not always enemies. At times, they were even good friends. (05.10.2012)

The Munich Olympic Games in 1972 were overshadowed by a horrific terrorist attack. Eleven Israelis were killed during the failed rescue operation. Forty years on, the survivors can hardly forget. (04.09.2012)