The Caribbean country has been gripped by a dramatic power struggle since President Moise's assassination. Many questions regarding his death still remain unanswered. 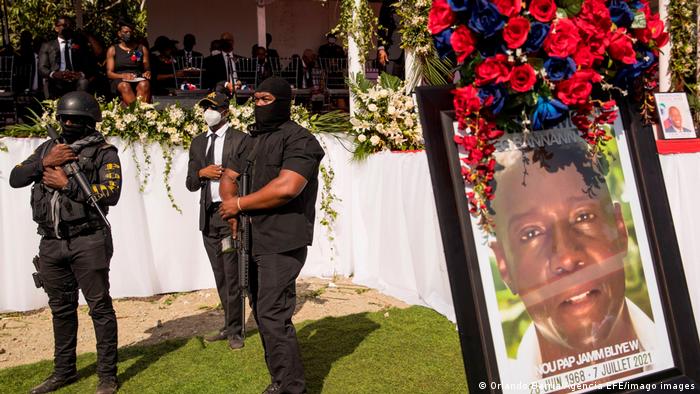 On July 7, 2021, Haitian Prime Minister Ariel Henry received a nighttime call from a secret service agent with the country's interior ministry — mere hours before the assassination of President Jovenel Moise. Henry, a politician and trained neurosurgeon, had been appointed to the post by Moise only a few days prior.

The details of said phone call are unknown and will most likely remain secret. In any case, the conversation does not cast a particularly favorable light on Henry, who now also serves as Haiti's interim president.

It remains to be seen whether further details of the assassination plot will come to light. On Wednesday, Ariel Henry fired chief investigator and prosecutor Bed-Ford Claude as well as Justice Minister Rockefeller Vincent.

Several days earlier, Bed-Ford Claude had brought charges against Henry, ordering him to remain in the country. Numerous public officials close to late President Moise have resigned in protest over Claude's sacking.

Ariel Henry has sacked the chief investigator and justice minister

"I fear this [sacking of Claude and Vincent] is about undermining the inquiry," human rights lawyer Pierre Esperance told Haitian media. An editorial published on Wednesday in Le Nouvelliste, a French-language daily published in the Caribbean country, said Haiti was becoming "sidelined" amid the ongoing "power struggle."

A recent report on the murder of President Moise by Esperance argues that Henry and Moise's wife Martine, who survived the attack, know more about the incident than they are letting on.

The report goes on to say that the Haitian police and the head of security at the presidential residence had "assisted" the plot — not a single officer or body guard was injured in the assassination.

This crisis is weighing heavy on embattled leader Henry. Matters are complicated further by Haiti's fragile institutions: The country has been governed without a parliament for many months, only ten out of 30 senators are currently in office, and police are struggling to keep gangs in check. These criminals have been stealing humanitarian aid designated for victims of the August earthquake, holding up convoys and demanding protection money. Gangs have even fired on freight ships carrying aid and tankers. Port-au-Prince harbor, after all, lies right beside the capital's impoverished and crime-ridden Cite Soleil neighborhood.

The city has faced fuel shortages, and gas stations have been forced to close. At night, power shortages plunge Port-au-Prince into darkness.

Henry has been busy forging a caretaker government to remain in power for the next year. The Democratic and Popular Sector (SDP), a radical opposition group which spearheaded anti-Moise protests, has joined the alliance.

Several ministers, who already served under former President Michel Martelly, were furious to learn SDP representatives were joining the government. Martelly, in power from 2011 to 2016, was a member of the US-backed Haitian Tet Kale movement, which was bankrolled by wealthy business people. 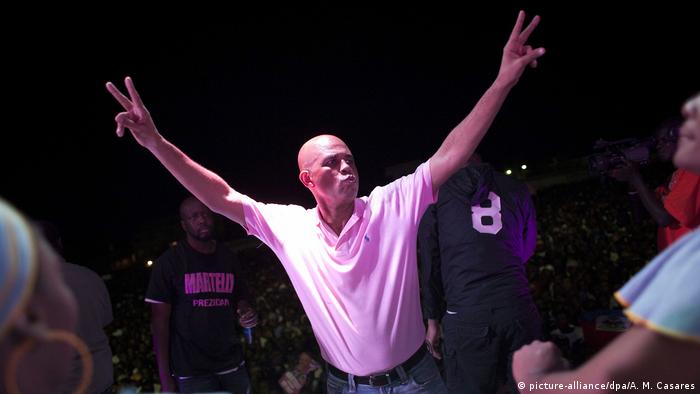 Henry has postponed the November elections to an unspecified time in the future. He first wants to see the constitution amended. Currently, the country's political system resembles the French model in that prime minister and president share power.

Senate leader Joseph Lambert, meanwhile on Tuesday ordered his fellow senators and press representatives to the senate building to attend his swearing-in as president. Lambert has been keen to capitalize on the political uncertainty to further his own agenda.

The swearing-in ceremony, however, was called off after a shooting incident outside the senate building. The New York Times reported that the US has urged Lambert not to take over the presidency.

The international community, meanwhile, has sided with Henry, who is considered a moderate leader with integrity. The UN, Organization of American States (OAS) and so-called Core Group — composed of the ambassadors of Brazil, Canada, France, Germany, Spain, the European Union, and the US — support Henry's efforts to form an inclusive caretaker government.