The Security Council has adopted the first-ever resolution to combat sexual offenses committed by troops on UN missions. Officials can now send peacekeeping units back home when faced with "credible evidence" of abuse. 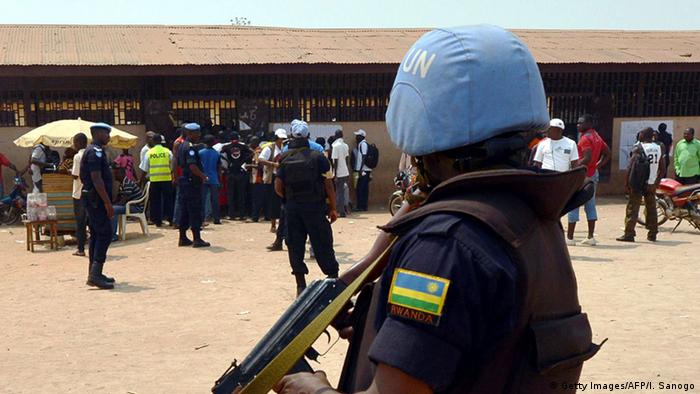 The United Nations document would strengthen Secretary-General Ban Ki-moon in his push against such crimes, diplomats said Friday. According to the resolution, the UN head can now bar a country from peacekeeping if it fails to investigate allegations of sexual abuse.

Also, the UN Security Council endorsed Ban's decision to replace specific peacekeeping units "where there is credible evidence of widespread and systematic sexual exploitation and abuse."

In the US-drafted document, countries are urged to "take concrete steps" against impunity in sex abuse cases.

Foreign troops found guilty of these offenses "do not deserve to serve in UN peacekeeping missions," US Ambassador Samantha Power told the Council.

"To the victims of sexual exploitation and abuse, we pledge that we will do better," she added. "We will do better to ensure that the blue helmets we send as your protectors do not become perpetrators."

The troops can also be sent home if their country fails to investigate abuse claims, refuses to punish perpetrators or fails to inform the UN on its actions, according to the resolution.

Egypt, speaking on behalf of troop-contributing countries, introduced an amendment stating that the UN should replace peacekeepers only if all three criteria are met. Otherwise, the initiative might lead to "arbitrary, nonobjective decisions amounting to collective punishment," said Egyptian ambassador to the UN, Amr Aboulatta.

Russia, China, and several other countries backed the move, but the amendment was ultimately rejected by the United States and a majority of Security Council members.

The resolution passed with 14 votes in favor and Egypt abstaining from the vote in the 15-member body.

After the decision, Egypt's Aboulatta commented that the resolution "libeled" troops and troop contributors in a way that was "unacceptable."

"It drastically and negatively affects the morale of the troops," he said, adding that the document also "demonstrates contempt for the sacrifices of tens of thousands of peacekeeping personnel operating under extremely difficult conditions." 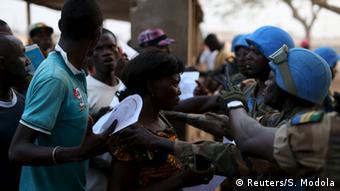 Last year, the UN officials recorded 69 cases of sex abuse on 10 different missions. Most of the perpetrators come from African countries.

Dozens of accusations of sexual assault were directed at peacekeepers in the Central African Republic, with allegations including the rape of children. The scandal prompted Ban to fire the mission commander in August and repatriate hundreds of Congolese peacekeepers last month.

A total of 122 countries contribute 125,000 troops and police to the UN's peacekeeping missions worldwide. However, the United States provides over 28 percent in UN's $8.2 billion (7.35 billion euro) budget.