The Saudi-backed HNC has dismissed the "idea of federalism" in Syria, calling it a prelude to partition. But the Syrian government, Moscow and the Kurdish PYD believe it could be key to ending the war. 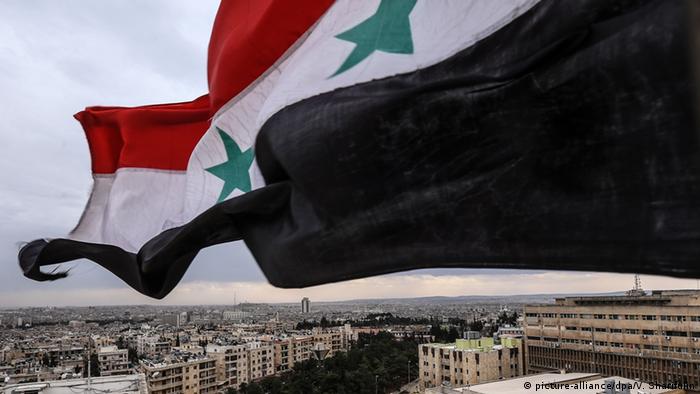 Staffan de Mistura, the UN-Arab League envoy to Syria charged with mediating peace talks between the various factions in the conflict, said this week that federalism was still on the table ahead of UN-brokered negotiations to end the five-year conflict.

Thirty aid agencies believe UNSC members have undermined their own commitments on Syria. They say the past 12 months has seen a "horrendous escalation in violence" and civilian displacement.

De Mistura told Al Jazeera on Thursday that "all Syrians have rejected division [of Syria] and federalism can be discussed at the negotiations."

The proposal has been touted by various actors in the conflict, including Moscow. On February 29, Syrian President Bashar al-Assad's key ally Russia said the proposal could be a means to bring about peace if all sides to the war agreed on it.

"If as a result of talks, consultations and discussions on Syria's future state order, the (warring) sides … come to an opinion that namely this [federal] model will work to serve the task of preserving Syria as a united, secular, independent and sovereign nation, then who will object to this?" said Russian Deputy Foreign Minister Sergei Ryabkov.

A UN Security Council diplomat told Reuters news agency that some Western powers also believe federalism may be the key to ending a conflict that has killed more than 250,000 people and displaced half the population.

However, Riad Hijab, head of the Saudi-backed HNC - a Syrian opposition umbrella group - on Monday decried "the idea of federalism," saying it was the "prelude to the partitioning of Syria."

"Any mention of this federalism or something which might present a direction for dividing Syria is not acceptable at all. We have agreed we will expand non-central government in a future Syria, but not any kind of federalism or division," said Hijab.

On Friday, the HNC also announced on its Facebook site that it would be attending the talks in Geneva after all.

Other parties to the conflict have also proposed federalism as an option for Syria's governing model.

In 2012, several Syrian Kurdish groups requested a referendum on the Syrian state, saying voters should be given the choice of whether they want federalism, autonomy or decentralization.

Earlier this week, the leader of the Western-backed Syrian Kurdish party PYD, Saleh Muslim, reiterated similar demands, telling Reuters that the Kurds want a "decentralized Syria," whether this be achieved through federalism or otherwise.

"What you call it isn't important," Muslim said. "We have said over and over again that we want a decentralized Syria - call it administrations, call it federalism - everything is possible."

My picture of the week | Growing up in war times

Growing up in war times | Pic of the week