UN staffers return to Western Sahara after spat with Morocco

Morocco has allowed United Nations employees to return to their mission in Western Sahara. Rabat expelled more than 70 staff after UN Secretary General branded the Moroccan annexation of the territory "an occupation." 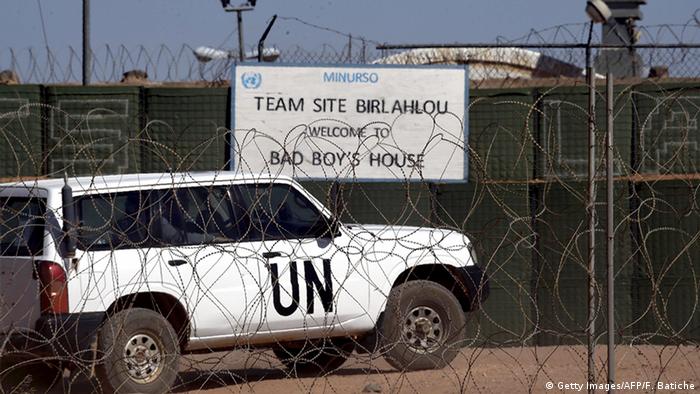 Five UN civilian members of staff returned to their mission in the disputed territory on Thursday, the first of a group of 25 initially being allowed back by Morocco.

Dozens had been expelled in March, as Rabat protested Secretary General Ban Ki-moon's use of the word "occupation" to describe Morocco's annexation of Western Sahara more than four decades ago.

UN spokesman Stephane Dujarric said on Thursday that the first batch of civilian peacekeepers had arrived in Morocco on Wednesday evening, with 25 more staff due to return in the coming days. After months of talks, Dujarric said it had been agreed that the full mission could be resumed soon.

In a split vote, the United Nations Security Council has extended its peacekeeping mission in disputed Western Sahara for a year. It has also demanded its staff, expelled by Morocco last month, be allowed to return. (30.04.2016)

"I think we've had what I would call constructive discussion with Morocco and it was agreed as a result of those discussions to restore full functionality of the peacekeeping mission through a gradual process," Dujarric said.

Diplomats had warned the expulsion could set a dangerous precedent for the UN's peacekeeping missions around the world if it wasn't reversed. The UN Security Council had adopted a resolution in April demanding that the operation should be restored to full capacity within three months.

Morocco annexed the former Spanish colony in 1975, after Spanish troops withdrew from the mineral rich zone, and fought a local independence movement called the Polisario Front.

In 1991, the UN brokered a ceasefire that established a peacekeeping mission to monitor it and help prepare a referendum on the territory's future. The vote has never taken place.

Morocco considers Western Sahara to be its "southern provinces," but the Polisario Front

has continued to demand self-determination through a local regional referendum.