A UN report has pointed the finger at superstition as a force driving rising attacks on people with albinism. At least 40 people have been attacked in the last eight months, but that number could well be higher. 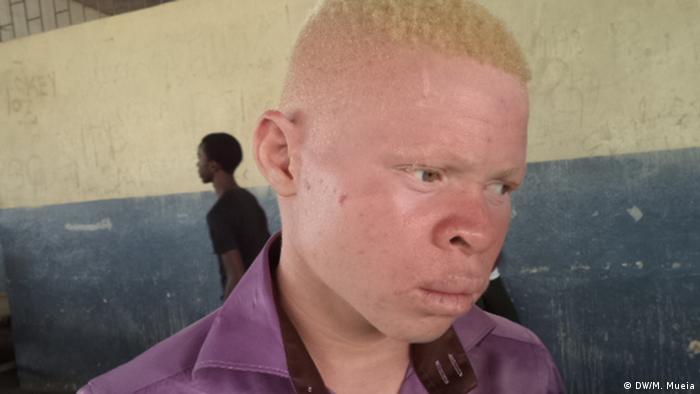 An albino boy from Mozambique

All the attacks took place in sub-Saharan Africa and most victims were children, according to Ikponwosa Ero, the UN's independent expert on human rights and albinism. The report pointed to 40 attacks as having occurred in the last eight months across seven countries, but that figure could be greater, as many happen in secret and are not reported.

In some regions of the world albinos' body parts are valued in witchcraft and can fetch a high price. Victims' body parts are sometimes hacked off to create potions or amulets. Some superstitions believe that such body parts can bring wealth, luck or political success and prices range from $2,000 (1,780 euros) for an albino limb to $75,000 (66,850 euros) for an entire corpse, the report said.

Attacks against people with albinism this year have been reported in Burundi, Malawi and Mozambique, according to Under the Same Sun, a Canadian advocacy charity.

"Dangerous myths motivate and facilitate the hunting and attacks," Ero said. "Many erroneously believe people with albinism are not human beings but are ghosts or subhuman and cannot die but only disappear," she added. Albino children are often perceived as bringing shame to their families and children are commonly the victims of the attacks, Ero told Reuters.

The report called for investigations into the attacks and increased prosecutions, as well as public education from a scientific perspective to counteract dangerous prejudices and traditional practices and beliefs.

"Such awareness-raising will contribute to fighting myths and stereotypes about persons with albinism, particularly those that fuel stigma, discrimination and attacks," the report said.

Albinism is a congenital disorder affecting about one in 20,000 people worldwide,causing them to lack pigment in their skin, hair and eyes. It is more common in sub-Saharan Africa.