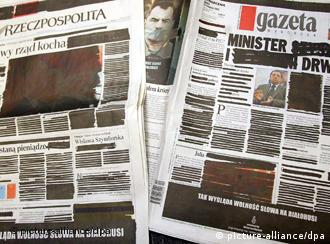 A free press is one of the foundations of peace and democracy, says UN Secretary General Ban Ki-moon

This is the 16th year the United Nations has commemorated World Press Freedom Day on May 3. In a statement marking the day, UN Secretary General Ban Ki-moon said that a free press played an important roll in solving the world's problems and gave a voice to minorities. Ban called on all governments to ensure that the rights of journalists are respected.

According to the Paris-based Reporters Without Borders 60 journalists were killed and 929 were physically attacked or threatened in 2008. Roughly a hundred journalists are currently imprisoned and Ban said China, Cuba and Eritrea account for half of those cases.

Heavy-handed governments may infringe upon the rights of the press themselves or they may turn a blind eye to attacks against journalists. Ban said he was “alarmed at the way journalists are increasingly being targeted around the world, and dismayed when such crimes are not thoroughly investigated and prosecuted.”

Ban added that it was unacceptable that fear often led to journalists censoring themselves. "Journalists must be able to do their job free of intimidation and harassment," he said. 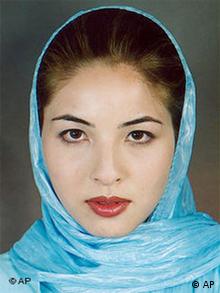 Roxana Saberi is on a hunger strike in prison in Tehran

Another country considered unfriendly to journalists is Iran, ranked 166 out of 173 countries in Reporters Without Borders Press Freedom Index for 2008. US-Iranian reporter Roxana Saberi was sentenced to eight years in prison last month in Tehran on charges of spying for the US government.

In a statement observing World Press Freedom Day, US President Barack Obama said he was “especially concerned about the citizens from our own country currently under detention abroad.”

Obama said he was using the occasion to “sound the alarm about the growing number of journalists silenced by death or jail as they attempt to bring daily news to the public.”

The UN cultural agency UNESCO is to posthumously award Sri Lankan journalist Lasantha Wickrematunga its 2009 press freedom prize for his work as a newspaper editor. Wickrematunga was shot dead in early January as he drove to work at the Sunday Leader, a newspaper critical of the Sri Lankan government and especially of its bloody and costly war against Tamil rebels.

Sri Lanka is one of the ten worst countries for press freedom, according to the Reporters Without Borders 2008 index. Other offenders include Eritrea, North Korea, Turkmenistan, Burma, Cuba, Vietnam, China, Iran and Laos.

North Korea has announced that two US journalists arrested last month on its border with China are to be put on trial to face criminal charges. (24.04.2009)

Dictatorships around the world impose restrictions on press freedom as a way of resisting change, but as DW's Miodrag Soric points out on World Press Day, the Western world isn't beyond reproach either. (03.05.2008)