The UN peacekeeping mission in DR Congo has suspended support to Congolese troops in their operations against FDLR rebels. It cited concerns about allegations of human rights violations by two Congolese generals. 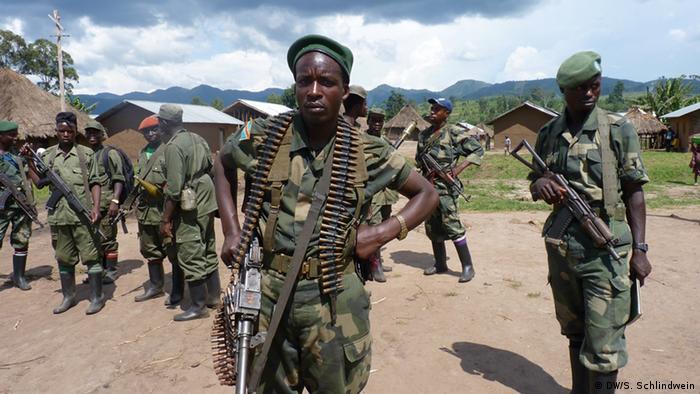 The UN estimates that 2,000 FDLR fighters are still in DR Congo

The UN said it was suspending its support for DR Congo's planned military operation against FDLR (Democratic Forces for the Liberation of Rwanda) rebels after FARDC (Armed Forces of the Democratic Republic of Congo) refused to dismiss two generals accused of rights abuses.

The two generals are Fall Sikabwe, army commander of North Kivu province, and Bruno Mandevu, commander of operations against the FDLR.

The government of DR Congo President Joseph Kabila rejected a UN ultimatum to replace the two last week. They are on a UN "red list" for alleged human rights violations.

Government spokesman Lambert Mende told reporters in Kinshasa they would only replace someone in the high command if that person had been convicted in a DR Congo military court. "No such thing has happened," he said. 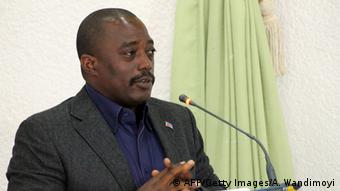 However, the head of MONUSCO (United Nations Stabilization Mission in the Democratic Republic of Congo), Martin Kobler insisted the UN was pursuing twin objectives: securing the disarmament of the FDLR rebels and respect for human rights.

"We want to support the [DR Congo] government but have to make sure it doesn't endanger the operation," the UN diplomat said.

MONUSCO, which has a force of some 20,000 troops, had been working with FARDC on a plan of attack against the FDLR.

One UN peacekeeping official, who asked not to be named, said there had been an agreement during the months of planning with Kinshasa to pick generals who did not have a record of rights abuses such as rape and summary executions.

Mende said DR Congo was "not under anyone's supervision." 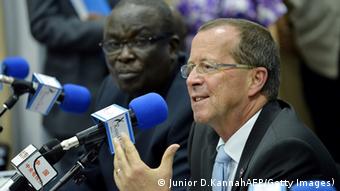 Rebel FDLR combatants had failed to respect a deadline set by nations of the regional Southern African bloc (SADC) and the intergovernmental International Conference on the Great Lakes Region (ICGLR) to surrender and demobilize by January 2, 2015.

Last week FARDC's chief of staff Didier Etumba announced that operations against the FDLR had already commenced. However, Russ Feingold, the US envoy to the Great Lakes region, told reporters on Monday (09.02.2015) the operation had yet to begin on the ground.

Phil Clark, lecturer in international politics at SOAS, University of London, told DW's AfricaLink show FARDC was unlikely to succeed in its campaign against the FDLR rebels if it doesn't have UN support. "It would be very difficult to see this campaign going ahead if the UN withdraws its support altogether," he said.

One UN official told Reuters the UN was in contact with the Congolese government and was confident a solution could be reached.

The FDLR, an ethnic Hutu militia, are accused of carrying out brutal attacks on civilians in DR Congo. They are opposed to the Tutsi-dominated Rwandan government of President Kagame.

Clark says the suspension of UN support for anti-FDLR operations by FARDC sends a potentially disturbing signal to Rwanda that the UN is perhaps not dedicated to this mission. "Rwanda has been suspicious for a long time that the South African and Tanzanian troops within the UN forces are not dedicated to tackling the FDLR," he said.

The UN is pushing for the disarmament of dozens of rebel and splinter groups in eastern DR Congo after two decades of conflict, much of it fueled by the lucrative trade in minerals.

Western envoys in Kinshasa have urged the Senate of the Democratic Republic of Congo to rethink electoral law changes after three days of deadly protest. Rights groups put the toll at 42 killed; the government says 12. (22.01.2015)

More than 150 FDLR rebels in the Democratic Republic of Congo have turned themselves in only days ahead of a deadline to surrender. But others remain at large, despite threatened action by UN and Congolese troops. (29.12.2014)