More than 150 FDLR rebels in the Democratic Republic of Congo have turned themselves in only days ahead of a deadline to surrender. But others remain at large, despite threatened action by UN and Congolese troops. 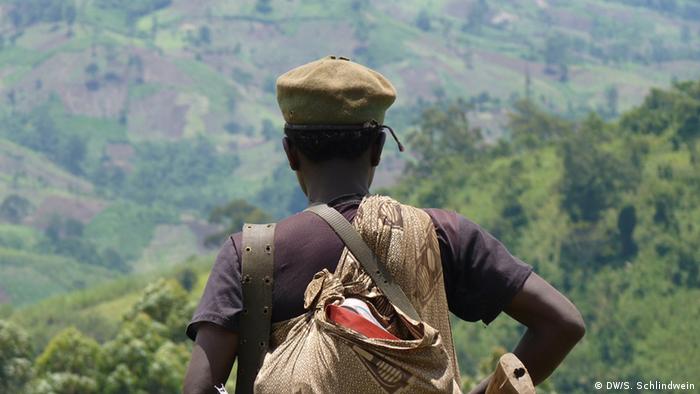 A group of 155 rebels turned themselves in on Sunday (29.12.2014) ahead of a January 2 ultimatum to lay down their arms or face military action by UN and Congolese soldiers.

At first 83 rebels of the Democratic Forces for the Liberation of Rwanda (FDLR) surrendered to authorities in the town of Buleusa in North Kivu, according to the province's deputy governor, Feller Lutaichirwa.

Then another 72 FDLR militiamen surrendered in Burhinyi, aid groups in South Kivu province said. In addition, 17 FDLR fighters are reportedly on their way to Buleusa to turn themselves in.

But many more are still at large. The FDLR is estimated to have between 1,500 and 2,000 fighters.

An FDLR general said on Sunday that he was going to continue to demobilize his people and that this would be done as soon as possible, according to DW's correspondent in Goma, Jack Kahorha. The general, he said, did not think the international community would fight them now that they were in the middle of such a process.

Most of the authorities appeared to be tougher on the rebels now, Kahorha said. They were no longer showing a willingness to give the rebels more time. 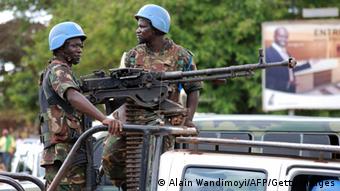 A little over a year ago, UN soldiers in the Democratic Republic of Congo (DRC) had celebrated their victory over rebels of the March 23 Movement (M23) as a milestone on the road to peace in the country's restive east.

But the euphoria has since disappeared. Dozens of rebel groups are still terrorizing the region, including the FDLR.

"The FDLR have committed a lot of crimes in Congo," Khadafi, a gasoline vendor in the Eastern Congolese city of Beni said. "They do whatever they please," he complained. "They commit murders and set cars on fire. They drive farmers from their fields. We really have no idea what it is they want."

The FDLR has its roots in the Hutu militia responsible for the 1994 genocide in Rwanda. It is unclear how many of the masterminds behind the killing still have a say in the present group.

After the victory over the M23 rebels, neutralizing the FDLR became the top priority of the UN stabilization mission in the DRC (MONUSCO). But not enough has happened since, according to Hans Hoebeke of the International Crisis Group, an independent organization committed to finding solutions to end deadly conflicts around the world.

In mid-2013 there seemed to be a glimmer of hope that the conflict might be resolved at the negotiating table. About 180 FDLR fighters laid down their arms in May and June. Congo expert Hoebeke, however, interpreted this signal as a tactical maneuver by the group, which hopes to carve out a political future for itself in Rwanda. "For the FDLR, I think it was a process to win time." According to Hoebeke, there had since been signs that the FDLR continued to recruit and train people.

The Congolese government has never been particularly interested in taking action against the FDLR, Hoebeke told DW. "There are a lot of linkages at a local level between Congolese army commanders and the FDLR," Hoebeke added. "They have collaborated closely in the past. And there is also a feeling - certainly in some circles in Kinshasa - that one day the FDLR might again be handy."

Some of the countries participating in the UN mission are not neutral either. 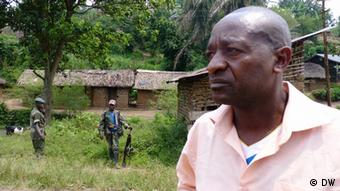 "It would be crazy to attack someone who has already laid down his arms," says FDLR spokesman Laforge Fils Bazeye

According to Sasha Lezhnev of the lobbying project Enough, the main troop-contributing countries, South Africa and Tanzania, have other interests in the DRC. "South Africa has very strong business ties they are trying to develop even further with Congo, related mostly to the big Inga III hydroelectric power dam, from which it will get some many, many megawatts of electricity," he observed.

"And Tanzania is not a good friend of Rwanda," Lezhnev added. He said that Rwanda itself had repeatedly used the FDLR, which it regarded as a threat to its security, as a pretext to intervene in the DRC as it saw fit.

Because of the failure to neutralize the FDLR and other rebel groups, the one big success that the international force did have in the DRC is now little more than a distant memory.

When the M23 militia took large swathes of North Kivu at the end of 2012 and when even the provincial capital of Goma briefly fell to the rebels, the government, the neighboring countries and the UN came up with a joint strategy. A specialized "intervention brigade" was created within the MONUSCO force. It consisted of about 3,000 soldiers and was authorized to conduct offensives against the rebels.

By November 2013, the last of the M23 rebels were defeated militarily. Today most of its members are in Uganda and Rwanda. 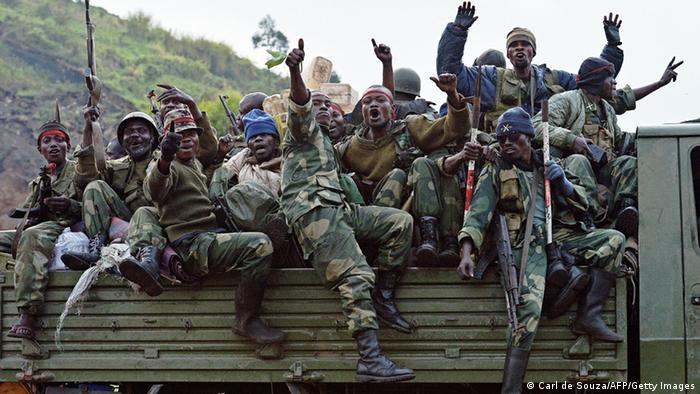 The victory over the M23 rebels: a milestone on the road to peace?

However, not enough is being done on the political end. According to a December 2014 report by the International Crisis Group, thorny issues such as an amnesty for some of the rebels and a national reconciliation process have yet to be dealt with. In the meantime, M23 members are taking advantage of the opportunity to regroup, the report says.

As this example illustrates, military means will not suffice. To pull the rug from under the FDLR, the Enough project recommends ratcheting up the pressure on the Congolese government. The government should be made to hold members of the military to account for their business dealings with the FDLR.

In addition, security personnel and the international force should prevent the rebels from pursuing their illicit charcoal trade. Wood from Congolese national parks is said to be one of the group's most important sources of income. A lucrative trade with Congolese gold may have also left the group's leaders disinclined to give up the insurgency.

Both Enough and the International Crisis Group are urging the countries involved to uphold the ultimatum. Military action would then be required.

Rebels in Democratic Republic of Congo slow to disarm

The Democratic Republic of Congo wants to disarm and disband rebels on its territory. But very few are handing themselves in voluntarily. Some blame the bleak prospects awaiting them once they have taken this step. (01.10.2014)

The never-ending war in eastern DRC

20 years after the 1994 genocide in Rwanda, the small country in the heart of Africa is now peaceful. But across the border in the eastern Democratic Republic of Congo, armed conflict involving Rwandan militia continues. (04.04.2014)

A bid by Ugandan authorities to repatriate former M23 rebels back to the Democratic Republic of Congo has turned violent. Dozens escaped en route to the airport. Ugandan troops were accused of wounding some ex-rebels. (16.12.2014)