African leaders have urged for global solidarity in the wake of the COVID-19 pandemic at this year's UN General Assembly.

World leaders are delivering their speeches at the United Nations General Assembly in New York. In the past, Africans have mainly ignored this event but this year appears to be different.

DW has the highlights of what several African nations brought to the global arena.

Making her maiden appearance at the UN General Assembly, Tanzania's first female president, Samia Suluhu Hassan, took the occasion to emphasize the need for the world to work together in tackling the COVID-19 pandemic.

"As the first female president in the history of my country, the burden of expectation to deliver gender equality is heavier on my shoulder," Suluhu Hassan said, warning that COVID-19 is threatening "to roll back the gains that we have made." Moreover, she also touted her country's democracy, describing it as "flourishing."

Political analyst Sammy Ruhuza, a former opposition politician, said it was ironic that Suluhu Hassan talked of democratic gains given the current political climate in Tanzania.

"Tanzania's democracy is a long way off," Ruhuza said. " Authorities treat opposition members as second-class citizens. So, even when you seek justice, you are "rubbished off" as the opposition."

He said it was high time the African Union got a seat among the G20 — a group of 19 nations plus the European Union that works to meet world economic challenges.

"With the AU at the table, the [G20] group would suddenly have representation for 54 more countries, 1.3 billion people, and $2.3 trillion (€2 trillion) output," Akufo-Addo said.

While repeating some of his oft-made remarks about Ghana's determination to "move beyond aid," the 77-year-old leader pointed out the need to defend democracy, noting that recent events in Mali and Guinea, which have both seen coups, have undermined democratic governance. 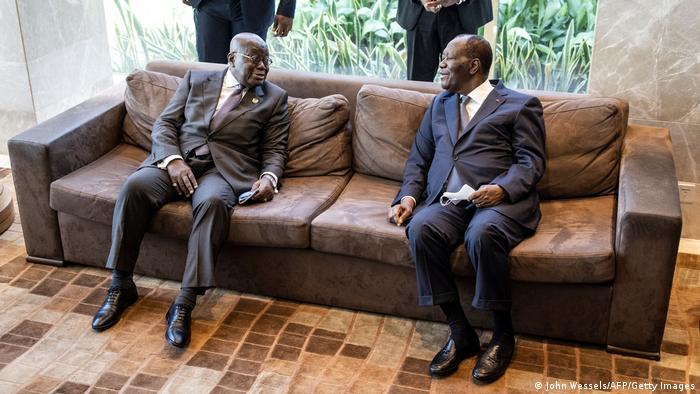 Akufo-Addo stressed the role of the West Africa regional body ECOWAS in trying to break the crisis in both countries.

"ECOWAS has given Guinea six months to [return to the constitutional order] and requested the immediate release of President Alpha Conde," Akufo-Addo told the UN General Assembly. "The authority has also made it clear to the military government in Mali that it is not prepared to negotiate an extension to the February deadline for the holding of democratic elections.

Felix Tshisekedi, president of the mineral-rich Democratic Republic of Congo, called on UN member states to fulfill their pledges made to Africa in compensation for the sacrifices agreed to protect humanity against global warming.

According to Tshisekedi, Africa requires $30 billion a year to adapt to climate change, an amount that could rise to $50 billion by 2040.

He also stressed the need to collectively combat terrorism, which he warned was gaining a foothold in many African countries.

"[Al-Qaeda in the Islamic Magreb] and other groups affiliated with DAESH [another name for the so-called Islamic State] are gaining more ground every day in places like Mali, Niger, Nigeria, Cameroon, Chad, and Burkina Faso," Tshisekedi warned. 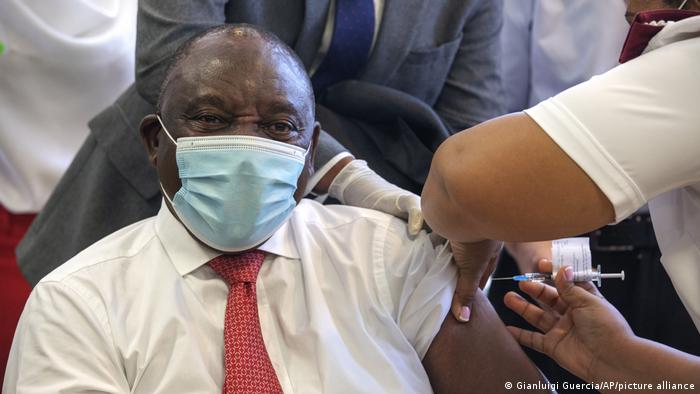 "It is generally agreed that vaccines are the greatest defense that humanity has against the ravages of this pandemic," a somber-looking Cyril Ramaphosa said.

The South African president reminded the UN General Assembly that solidarity was the reason why countries in need received medical equipment and supplies to fight the virus.

"It is, therefore, a great concern that the global community has not sustained the principles of solidarity and cooperation in securing equitable access to COVID-19 vaccines," Ramaphosa said, adding that it was an indictment on humanity that more than 82% of the global vaccine doses have been acquired by wealthy countries, while less than 1% has gone to low-income countries.

"Unless we address this as a matter of urgency, the pandemic will last much longer, and new mutations of the virus will emerge and spread," he said.

Fresh from his inauguration a month ago, Zambia's President Hakainde Hichilema showered praises on his country's electoral process. He said Zambia had proven once again that "the outcome of an election is determined by those who vote and not those who count the votes."

The former opposition leader defeated president Edgar Lungu by a landslide in the August elections. "We were able to achieve this political transformation even at the time when Zambia was grappling with the COVID-19 pandemic and in the midst of deep sorrow following the passing on of our founding father and first republican president, Dr. Kenneth Kaunda," Hichilema said.

On the issue of gender equality, Hichilema said Zambia had made history.

"For the first time in the history of our country, our new parliament elected the first female speaker to preside over Zambia's supreme law-making organ of the government." Hichilema's deputy and the deputy speaker of the house are women.

A look back at how Guinea's military coup played out

George Njogopa in Dar es Salaam contributed to this article.