The French foreign minister is to open UN climate talks in Bonn aiming to prepare a deal on greenhouse gas emissions. The accord would then be finalized in Paris later this year. 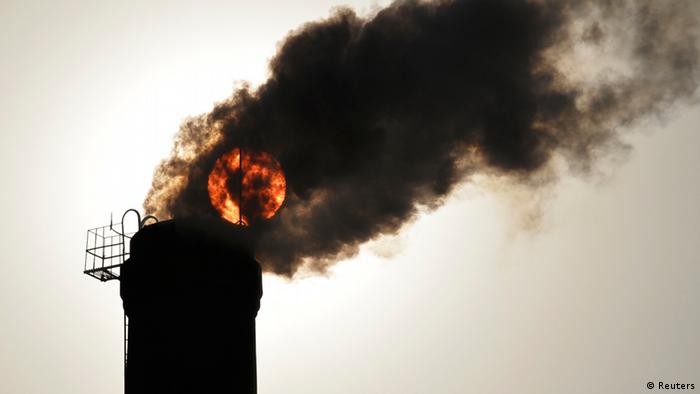 French Foreign Minister Laurent Fabius will open the 10-day conference being held in Bonn, Germany, on Monday. He will also be in charge of the Paris talks when the draft text will have been edited into a presentable proposal.

The meeting will also continue progress on addressing the most effective ways to raise climate action before 2020, which is when the new agreement would come into effect.

The current draft text is an 80-page compendium of national viewpoints, some of which overlap and present conflicting positions.

"News of yet another group of stakeholders committing to long term emission reduction targets or ambitious investments in renewable energies is emerging almost daily—building confidence and a sense of ‘can do' among nations as we enter the final six months of 2015" Christiana Figueres, Executive Secretary of the UN Framework Convention on Climate Change said.

The aim is to present an agreement which will save the Earth's climate from damage by heat-trapping fossil fuel gases. The accord would commit the member states to restrict emissions and help poorer countries which are threatened by drought, flood and rising seas.

The draft text focuses on the need to limit global warming to a maximum of two degrees Celsius (3.6 degrees Fahrenheit) above temperatures from pre-industrial times.

But some countries want to set intermediate goals and only 38 countries - including the United States, the European Union, Russia and Canada - have pledged curbs on emissions. The accord sought would be a binding deal for more than 190 countries, to apply from 2020.

Liz Gallagher of campaign group E3G said: "It's not about just one plan, it's a conversation that's taking place across governments, across civil society, that says 'what's the vision for our country in 2050, what do we want to look like?'"

The G7 summit being held in Bavaria on June 7-8, may also have a bearing on the UN talks.