UN chief Ban Ki-moon sparked outrage in Morocco by using the word "occupation" to describe the status of the long-disputed Western Sahara. Some say the outcome could be fresh violence. Emir Nader reports from Casablanca. 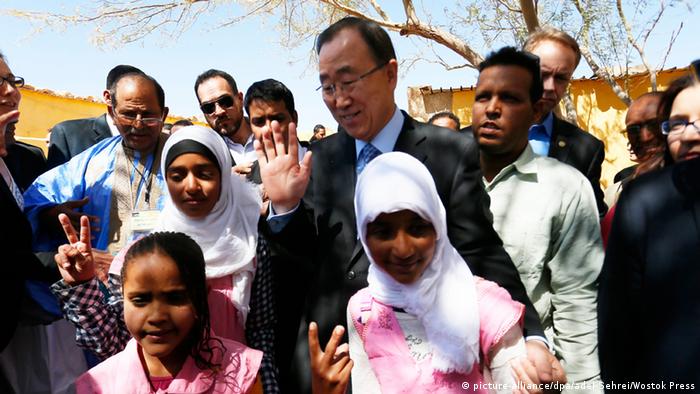 The status of a decades-old peace treaty over the disputed Western Sahara is at its most fragile since its inception, and there appears to be a real possibility that violence could erupt in the fallout over controversial remarks made by UN Secretary General Ban Ki-moon earlier this month.

During a visit to a camp of displaced Sahrawi people operated by the Polisario front, Morocco's opponent in the dispute over the territory, in early March Ban had used the word "occupation" to describe Rabat's presence in the region.

His comment prompted protests in Morocco followed by an announcement by the government that it was putting a stop to $3 million of funding to the UN's MINURSO peacekeeping mission. Rabat also demanded the withdrawal of 84 international personnel in response to Ban losing his "neutrality and impartiality" in the dispute and asked for a UN military liaison office in Western Sahara to be closed.

Ahmed Boukhari, the Polisario Front's representative at the United Nations, said Morocco was exaggerating outrage over Ban's comment and rejected Ban visiting the camp at all.

"Morocco was looking for a pretext to justify the decision, taken since May 2015, against Ban Ki-moon's intention to go to the region and to Western Sahara," Boukhari told DW.

He said that Morocco's withdrawal of support from the UN mission opened the door to an eruption of new conflict for control of the region. 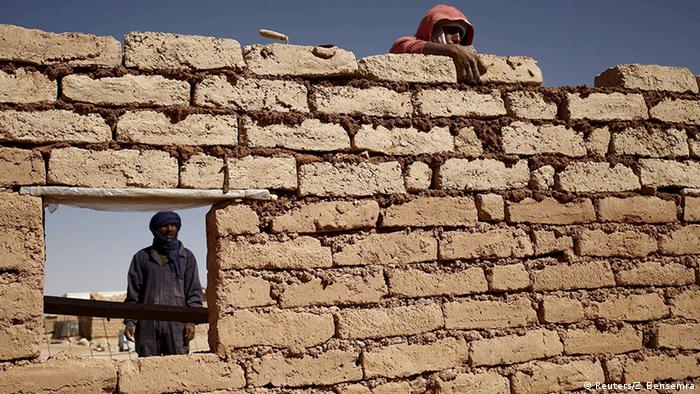 Many Sahrawi have found refugee in Algerian camps

"The secretary general has a mandate from the Security Council to try to resolve this conflict through direct negotiations between Polisario and Morocco. We are ready for those negotiations; Morocco is against. The potential source of conflict lies there," Boukhari said.

Ban's spokesperson had tried to contain the fallout from the visit by suggesting the secretary general's comment was a "personal reaction" to the suffering of Sahrawi refugees, rather than a "legal definition."

Rabat holds that the Western Sahara is historically a part of its territory, while the Polisario Front claims to be a liberation organization representing the region's ethnic Sahrawi people.

The UN says 90,000 refugees are staying in the Tindouf camps Ban visited in neighboring Algeria, the Polisario's main backers in the conflict.

The controversy is the worst clash Morocco has had with the UN since the intergovernmental organization brokered a ceasefire with the Polisario Front in 1991. That ended a 16-year conflict sparked by the 1975 withdrawal of colonial Spain from the northwest edge of Africa. Since then, negotiations over the resource-rich territory have remained stagnant, with MINURSO failing to make progress toward its objective of holding a referendum to decide the region's fate.

Christos Tsatsoulis, a former peacekeeper and field commander with MINURSO, told DW it Morocco's actions could lead to a collapse of the UN mission to the Western Sahara. 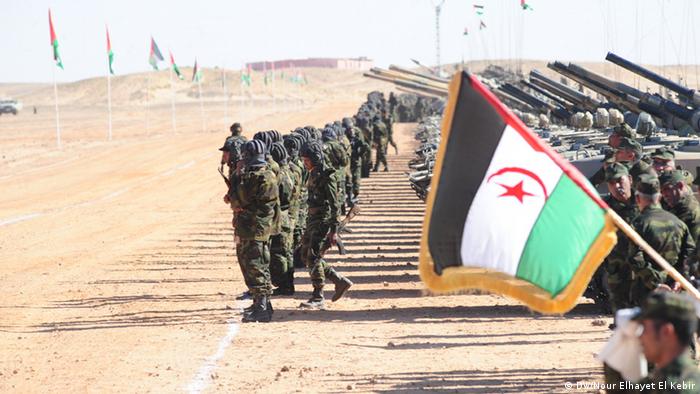 The Polisario Front claims to represent the Sahrawi people

Moroccan officials have so far remained reticent about resolving the dispute. Both the Ministry of Communication and of Foreign Affairs declined to respond to DW's requests for a statement. Foreign Ministry Minister Delegate Nasser Bourita, however, told press last week that Morocco had not withdrawn its formal consent to the ceasefire mission, despite withdrawing its practical support.

There is little difference between the two, according to Tsatsoulis. Morocco's practical support provided security, fuel, and water to MINURSO and was so integral that its removal alone could be enough to destabilize the mission, he said. "[Even] in a 'mild' scenario where Morocco will not play that 'tough' as to formally remove consent, but they just cease all their operational support to MINURSO teamsites, I sincerely cannot see how MINURSO can continue to operate," Tsatsoulis said.

MINURSO has not publicly announced how it will respond to Morocco's moves. Secretary General Ban has said he wants to restart negotiations between Morocco and Polisario.

According to Tsatsoulis, the next move lies squarely in Morocco's hands.

"My experience says that Polisario long ago ceased to be a credible military threat for the Royal Moroccan Army … I am not sure of the Moroccans' appetite for conflict, but knowing that they will not face any serious resistance may make them think that it is an option. Many things will depend on Algeria's intentions," he said.

Competition with Polisario's backer Algeria for regional leadership has "led Morocco to spend a lot of money to protect its southern borders against the Polisario, to build walls and to lobby in DC and Brussels," said Dalia Ghanem-Yazbeck, a political analyst with the Carnegie Middle East Center, by email. 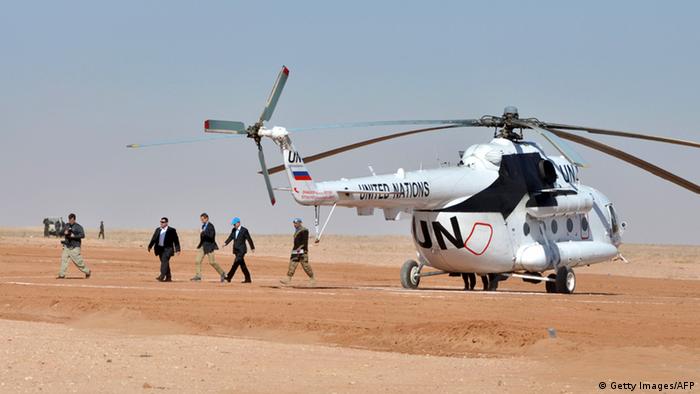 According to Ghanem-Yazbeck, the failure of the two countries to coordinate over security issues in the region, such as arms smuggling and jihadist activities, puts them both at risk. However, the Algerian military has pursued a doctrine of non-intervention outside its borders since 1962. If a military confrontation took place, it would not be triggered by Algiers, she said. "For Algiers, the only possible solution is the organization of a referendum for self-determination."

It is an argument made by Ahmed Boukhari, too. After reiterating the Polisario Front have no desire for violence, the Boukhari rejected the idea that the current upset could be an opportunity for his organization to advance their cause. "We are looking for the resumption of negotiations [as a] reflection of our attachment to peaceful means. We are not interested in small tactical gains."