Up to 100,000 people have fled a week of heavy fighting in South Sudan's northern state of Unity, according to the United Nations. Aid agencies have evacuated their international staff from a town in Unity state. 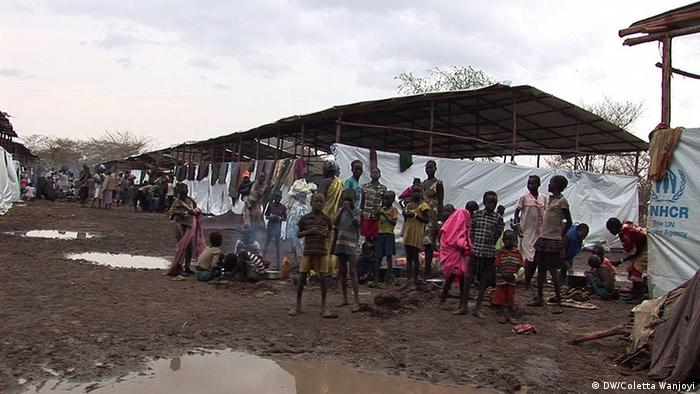 On Saturday, Doctors without Borders and the International Committee of the Red Cross both withdrew their international staff from the town of Leer in the oil-rich northern state Unity, fearing brutal clashes between the rebels and government troops. A statement from Doctors Without Borders said the international aid organization was "gravely concerned about an imminent attack" on Leer and that they had been forced to halt all medical services in this town.

In January, troops supporting the government devastated Leer, forcing civilians and aid workers to flee into swamps for survival.

"Since the beginning of May, military activities south of Bentiu in Unity state have forced up to 100,000 people from their homes," the UN's aid chief in South Sudan, Toby Lanzer, said in a statement Friday

Leer is the hometown of rebel leader Riek Machar. The fighting started in December 2013, when troops loyal to former vice president Machar clashed with those loyal to president Salva Kiir. The president had accused Machar of attempting a coup.

According to the UN, the conflict killed tens of thousands of people in the world's youngest nation South Sudan, which declared its independence from Sudan in 2011. Both the president's forces and Machar's rebels were accused of committing massacres and recruiting child soldiers.

Since the collapse of peace talks in March, government forces in South Sudan have been gaining ground against the rebels.

More than two million people have left South Sudan since the beginning of the conflict, with over 520,000 seeking shelter in Ethiopia (photo), Sudan, Kenya and Uganda.

Legislators in South Sudan on Tuesday (24.03.2015) voted to extend the tenure of President Salva Kiir by three years. The government said that this was necessary for the stability of the country. (25.03.2015)

Against the background of renewed fighting between government and rebel forces in South Sudan, regional and security experts have met to debate the diminishing prospects for peace after more than 15 months of conflict. (19.03.2015)