A young drop-out sits in a summer house, reading Goethe's classics and resisting the strict rules of socialism. Plenzdorf's book from 1973 was a shock for the East German establishment, but it also made him famous. 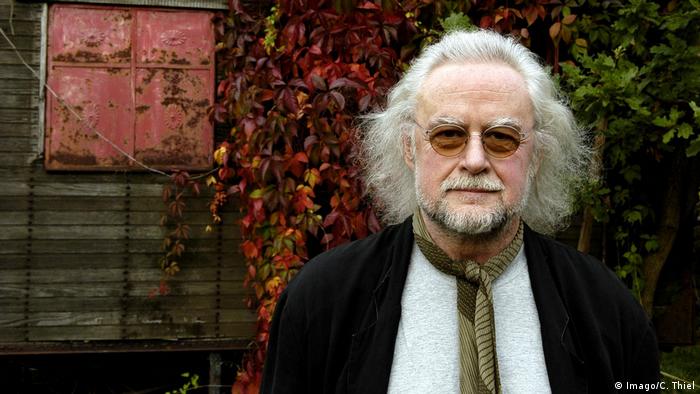 "Can any of you imagine a life without jeans? Jeans are the coolest trousers in the world. (...) The way I see it, jeans are an attitude, not just trousers."

That is a very clear opinion! Edgar Wibeau's avowal to the blue denim may seem a bit askew, but those sentences contained explosive material when Ulrich Plenzdorf's book was published in 1973. At the time, jeans were the epitome of Western "unculture" in East Germany. They were a symbol of the class enemy. There were even dance halls that had signs on their front door stating that denims were not welcome. Those who wore the jeans of the West had to stay outside in the world of socialism. They were, like Edgar Wibeau, outsiders.

'The New Sorrows of Young W.' by Ulrich Plenzdorf

Goethe in the outhouse

Even more unusual than his proclamation of love of jeans is that in this story, it is a 17-year-old who speaks to us from the afterworld. He is our young hero who, while trying to build a "steamless paint spraying machine," is electrocuted and dies. Despite getting excellent grades at school, Wibeau becomes a dropout and moves into a garden house on the edge of East Berlin.

In his search for self-fulfillment, he comes across a copy of Goethe's The Sorrows of Young Werther while sitting in the outhouse. The GDR rebel discovers an ally in Goethe's Sturm-und-Drang hero. He's someone who is just as non-conformist as he is.

This East German Werther is unable to follow the socialist path of the steadfast. He dreams of defining his own life, of freedom, and wants to live, but not the life that the political regime expects of him.

The cult of Edgar

Edgar Wibeau hit the nail on the head for an entire generation of young people in the GDR. His cheeky, youthful slang, his witty approach to Goethe's classic — all of that made him very appealing. The book moved like wildfire among young people. The previous year, Ulrich Plenzdorf's eponymous play premiered at the Landestheater in Halle, with visitors attending in droves. 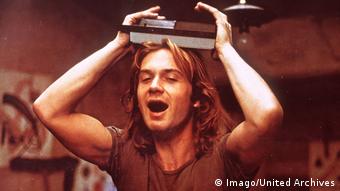 For Ulrich Plenzdorf, there was no boundary between theater, film and literature. He rolled all his stories into televisions scripts, stage plays, novels, and other narratives. It was his seismographic feel for major and minor injustices became his celebrated trademark.

The New Sorrows of Young W. made Plenzdorf famous on both sides of the German border. The book has sold more than four million copies and has been translated into 30 languages. Edgar Wibeau is a cult figure, and such a clever one, that some German teachers have chosen Plenzdorf's story as reading material for class over Goethe's.

Ulrich Plenzdorf was born in Berlin in 1934. He first studied in Leipzig, before completing film studies in Babelsberg. He then worked as a screenplay author. His greatest success was the piece The New Sorrows of Young W., which was published as a novel in 1973. It was released as a film in 1976. After the fall of the Berlin Wall, Plenzdorf mainly wrote screenplays about East-West topics. He died in Berlin in 2007.